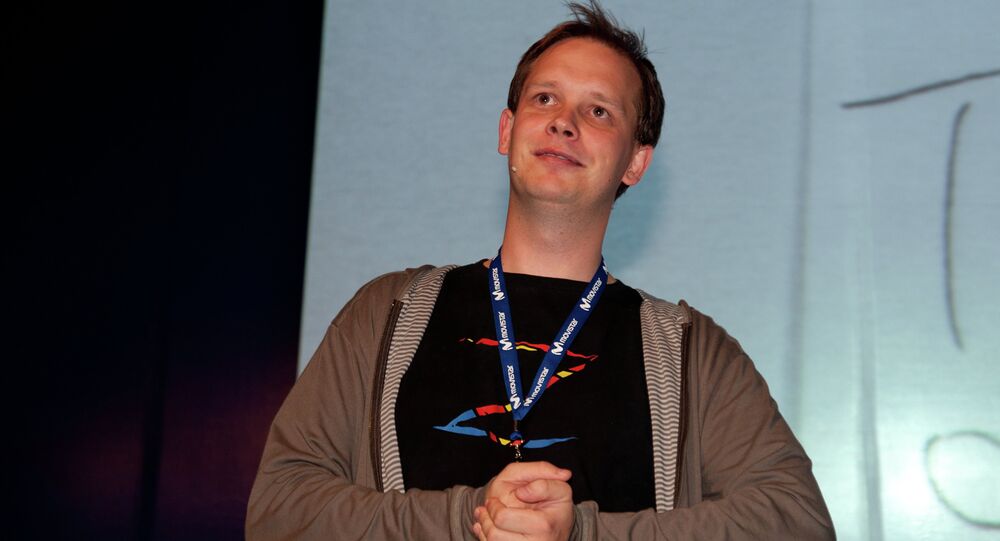 The Pirate Bay co-founder has been released from prison igniting speculations of allegedly trying his luck in politics.

MOSCOW, November 10 (Sputnik) — Peter Sunde, the former spokesperson and co-founder of file-sharing site The Pirate Bay, has been released from prison in Sweden after serving five months of his one-year sentence, as stated by the IBTimes.

He announced his freedom on Twitter with the following tweet: “My body just got re-united with my soul and mind, the parts of me that matters and that never can be held hostage. #freebrokep #brokepfree,” as reported by IBTimes.

The Pirate Bay was launched in 2003 and is an online index of “torrent files”, which allows users to share music and video files.

Sunde was arrested in Sweden on 31 May, 2014, while on a family trip, for aiding and abetting the breach of copyright rules via the file-sharing site. There were claims that he had been mistreated during his captivity due to having lost 13 kg within two months, as stated by ABTimes.

He was held in a high security prison wing and was only allowed out of his cell to enjoy one hour of exercise. "The worst thing is the boredom. I have soy yoghurt and muesli for breakfast, which I was recently allowed to buy from my own money, as the prison doesn't offer any vegan food,” Sunde told The Register.

According to IBTimes, the release comes just over a week after fellow co-founder of The Pirate Bay Gottfrid Svartholm Warg was sentenced to three and a half years in prison after being found guilty of illegally downloading files and hacking into computers. It also comes less than a week after Hans Fredrik Lennart Neij, another co-founder of the file-sharing site, was arrested in Thailand on charges related to copyright infringement.

Now that Sunde is out of prison, there are speculations that he will try his luck in politics, promoting his anti-copyright agenda, reports The Register.

Just before he was arrested, Sunde said he would stand for election as an MEP for the Pirate Party in his native Finland. However, his party has so far managed to win a mere 0.7 per cent of the total vote, as stated by The Register.