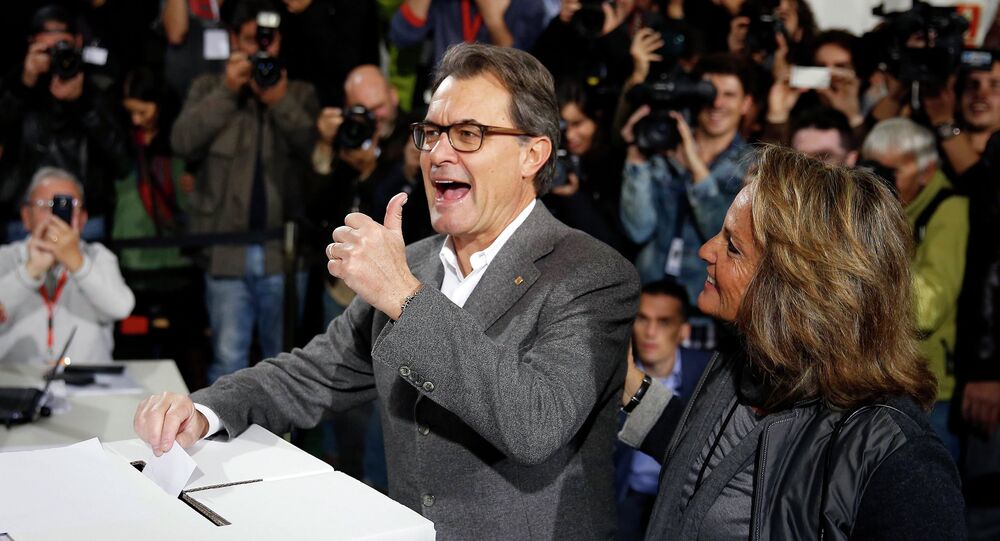 Deputy secretary general of Spain's People's Party called the participation of more than two million people in the poll a demonstration in the form of a referendum.

Pons said that what happened on Sunday was a crime, accusing Mas of using state means and resources. He also called the participation of more than two million people in the poll a demonstration in the form of a referendum.

Representative of the Societat Civil Catalana party Jose Domingo told Sputnik that he was surprised that people were being tricked into believing that their participation in such a poll would be taken seriously.

"The stuggle toward independence is detrimental for the stability of Catalan society because it de facto divides it," Domingo said.

According to the Catalan regional government, more than 2.3 million people out of 5.4 million eligible voters cast their vote on November 9 in the unofficial independence poll. Over 80 percent of the voters, making up 1.86 million people, said "yes" to the region's full independence. The Catalans were asked two questions: "Would you like Catalonia to become a state?" and "If yes, would you like Catalonia to become an independent state?"

The Spanish government dismissed the vote as unconstitutional, having filed complaints with the Constitutional Court.