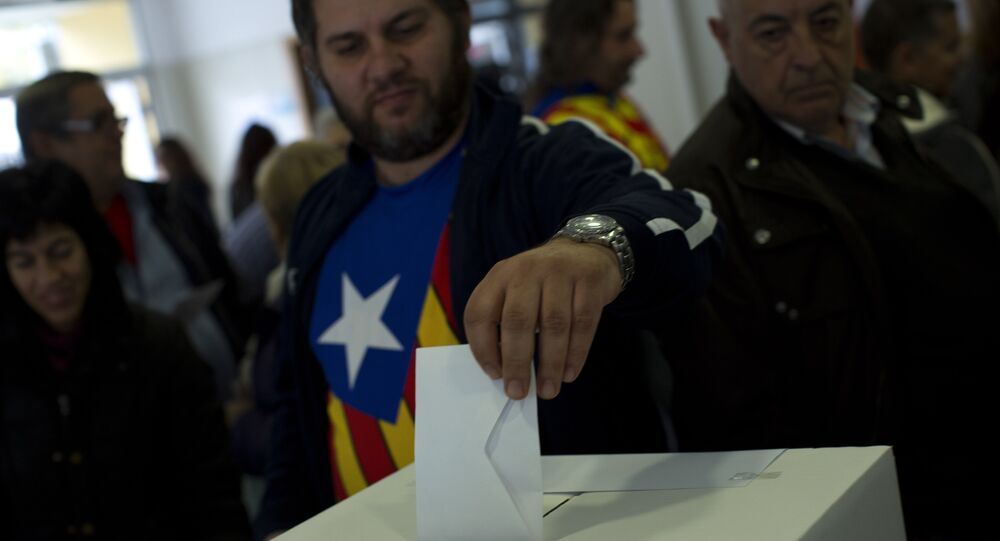 An Anova-Irmandade Nacionalista party deputy believes that if the Spanish government fails to take action, the Catalan people will force their president to hold a plebiscite.

MOSCOW, November 10 (Sputnik) — The independence poll conducted in Catalonia serves as a precedent for ethnic groups in Galicia and the Basque Country, Anton Sanchez, an Anova-Irmandade Nacionalista party deputy, told Sputnik on Monday.

"The poll in Catalonia, as well as the referendum in Scotland, has impact and serves as a precedent for other ethnic groups in Spain and around the world, such as those in Galicia and the Basque Country," Sanchez said.

"Several years ago it would have been impossible to have such a poll [like the one in Catalonia] and for so many people to vote in favor of Catalonia's independence," he added.

"It is outrageous that the prime minister [of Spain] said that the voting is non-democratic," he said. "[The government] should have got the message, but he [Prime Minister Mariano Rajoy] did not."

The deputy went on to say that if the Spanish government fails to take action, the Catalan people will force their president, Artur Mas, to hold a plebiscite, which Sanchez considers the most effective solution to the current situation.

More than 2.3 million people out of 5.4 million eligible voters in Catalonia voted on November 9 in the unofficial independence poll, with more than 80 percent of voters, or some 1.86 million people, supporting independence from Spain. The Spanish government dismissed the vote as unconstitutional, having filed complaints with the Constitutional Court.