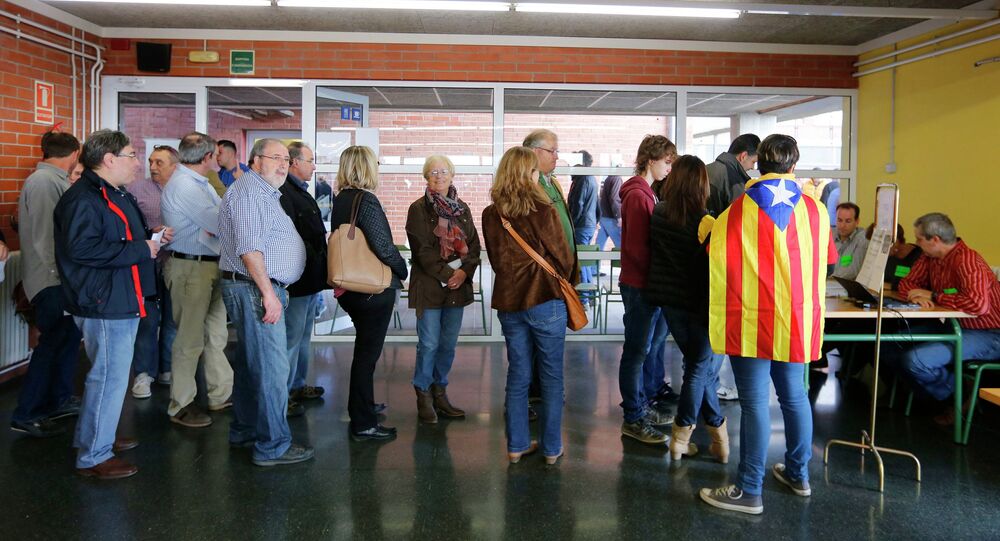 The head of pro-independence Catalan non-governmental organization believes that after the independence poll the Spanish government will have to negotiate with the Catalan authorities.

"We are very happy and we assess the citizens' participation positively," Casals said.

"First, people had to figure out where they could vote, since we had not had a chance to organize everything as during normal elections, where every citizen receives all the necessary information [to vote]at home," Casals said.

Casals stressed she did not fear any consequences from the Spanish government.

"There are lots of us and they will not be able to punish us all. Now, [Spanish Prime Minister] Rajoy's government must react and sit at the bargaining table with the Catalan government in order to find a solution to this problem," she said.

On Sunday, Catalonia held an independence consultation, despite the Spanish government's attempts to block it via the Constitutional Court. Over 80 percent of the voters, 1,861,753 people, said "yes" to the region's full independence. More than 2.3 million people voted in the consultation, according to the Catalan regional government.