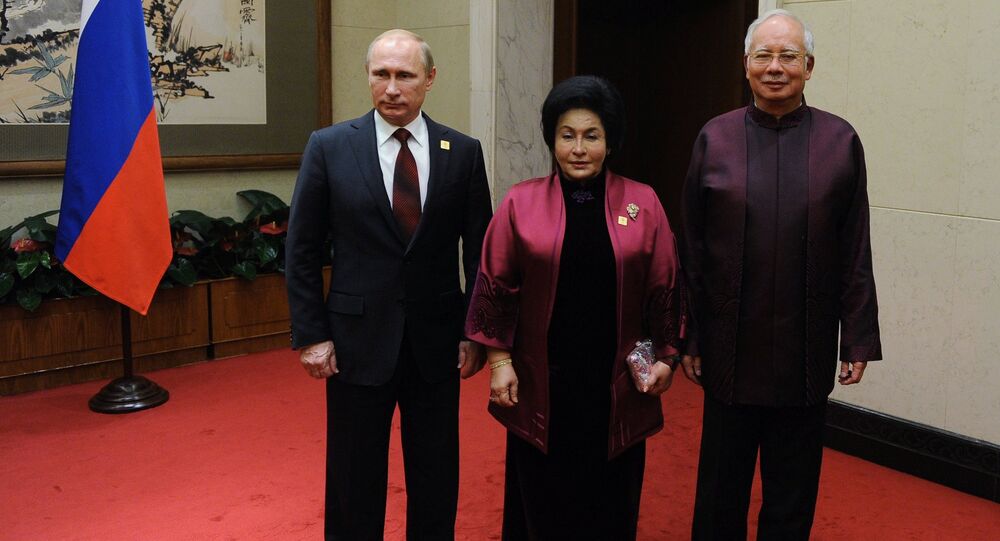 Russian President Putin and Malaysian Prime Minister Razak agreed that the ceasefire in Ukraine's southeast must be upheld by both parties of the conflict.

BEIJING, November 10 (RIA Novosti) — Russian President Vladimir Putin underscored on Monday the importance of securing safe access to the crash site of the Malaysia Airlines passenger plane that came down in July over eastern Ukraine.

Speaking at a fringe meeting with Malaysian Prime Minister Najib Razak during the Asia-Pacific Economic Cooperation (APEC) summit in China, Putin said he sympathized with the people of Malaysia.

"I know what you feel and let me add that our hearts go out to you. I believe the issue of securing access to the site of the tragedy is a key one, I completely agree with you," the Russian president said.

He stressed that anti-government militias in Ukraine's southeastern regions never made it their goal to prevent experts from working at the MH17 crash site.

"Militias in the southeast of Ukraine are not keeping the experts away. They [experts] go to the site but as soon as the shelling begins, the experts cannot obviously stay there, so they leave the area. Obviously, militias do not open fire at their own people – it's the work of various military groupings that are loyal to the official government of Ukraine," Putin said.

President Putin and Prime Minister Razak agreed that the ceasefire between the government in Kiev and self-defense forces of the southeast, which entered into force formally on September 5, must be upheld.

"One of the primary issues is the compliance with the agreement on a complete ceasefire. It is important for both conducting a full-fledged investigation and for the settlement process in the country's southeast," the Russian leader said.

He vowed Russia would do everything in its power to facilitate the probe into the crash of the Malaysian plane that killed all 298 people on board.

"Russia is interested in a comprehensive investigation and will do everything to that end," Putin added.

The Malaysian airliner en route from Amsterdam to Kuala Lumpur crashed in Ukraine's eastern region of Donetsk on July 17. RIA Novosti reported last Thursday that a group of Dutch experts began collecting wreckage from the crash site. These attempts were earlier hampered by continuing bombardments of the area, with Kiev blaming the fire on local militias.