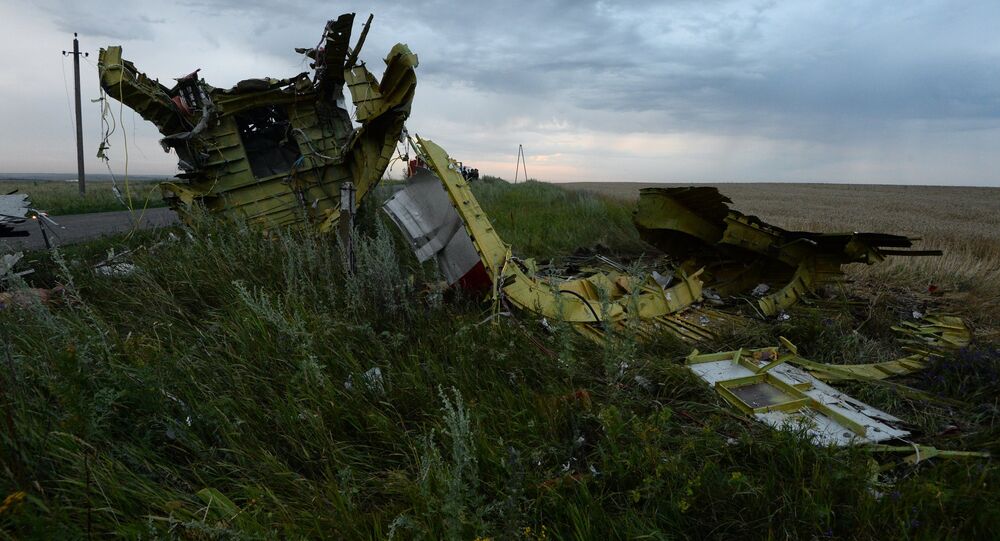 MOSCOW, November 10 (Sputnik) — The removal of the remaining wreckage of Malaysia Airlines flight MH17 that crashed in eastern Ukraine in July may start within the next two weeks, the deputy prime minister of the self-proclaimed Donetsk People's Republic (DPR) said Monday.

"[The wreckage] removal is currently being prepared, and this is a technically difficult process that will take a week or two," Andrei Purgin told journalists in Moscow.

He added that the wreckage would be removed by train.

According to Purgin, western experts have shown no interest at all in examining the Boeing's wreckage. "This is the world's most neglected aircraft. This is an aircraft, the [crash] site of which was visited by the world's fewest number of experts. Just one expert has come, he came for two days. There have not been hundreds of people examining it thoroughly. This makes this plane the least interesting in Europe," DPR Deputy Prime Minister explained.

Purgin noted that the wreckage should have been removed some three months ago. "When the information appeared in the media that it [the Malaysian aircraft] was scattered all over the place, that it is rotting and will soon be covered by snow – only after that wave of media [criticism] the Dutch came and asked us to collect, pack and transport it for them," Purgin said.

On Thursday, RIA Novosti reported that a group of Dutch experts had begun collecting wreckage from the site of the Malaysia Airlines plane crash in eastern Ukraine's Donetsk region. The experts collected small fragments of the plane and placed them in special containers.

On Sunday, representatives of the DPR's Transport, Emergencies and Internal Affairs ministries went to the MH17 crash site to assess the possibility of wreckage removal. The wreckage needs to be transported to the railway station in Torez, some 20 kilometers (12 miles) away from the crash site by the DPR Transport Ministry. From Torez the plane's fragments will be taken to Kharkiv and then to the Netherlands. Because of the terrain, it is often impossible for trucks and cranes to reach the wreckage.

On July 17, a Malaysia Airlines flight from Amsterdam to Kuala Lumpur crashed in Ukraine's eastern region of Donetsk, killing all 298 people on board. According to the preliminary report by the Dutch Safety Board, the Malaysia Airlines flight broke up in the air probably as the result of structural damage caused by a large number of high-energy objects that penetrated the aircraft from the outside.