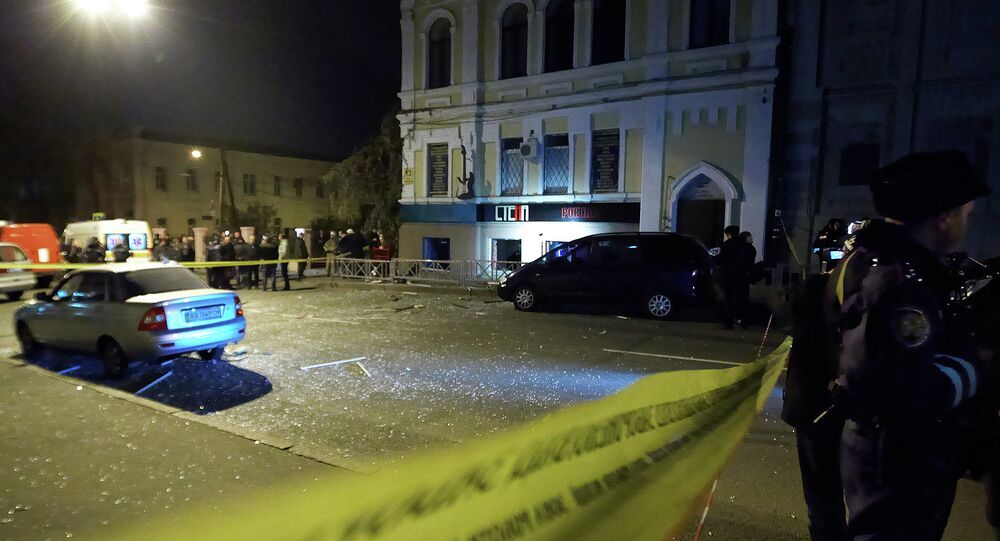 11 people have been injured in an explosion in the eastern Ukrainian city of Kharkiv.

MOSCOW, November 10 (RIA Novosti) – An explosion in the Stena rock-pub in Kharkiv, in eastern Ukraine, has left 11 people injured, according to a statement released by the Ukraine’s State Emergency Service.

All of those injured have been taken to hospital. Earlier, on Sunday, the Ukrainskaya Pravda newspaper reported that eight people were wounded, adding that three of the injured are in a serious condition.

The Ukraine’s State Emergency Service has not specified what caused the blast. It could have been a gas leak, according to the Ukrainskaya Pravda. According to another version, someone left a bag near the bar counter, which later exploded.

The investigators are currently examining the site, according to a statement issued by the Kharkiv's regional department of Ukraine's Interior Ministry.