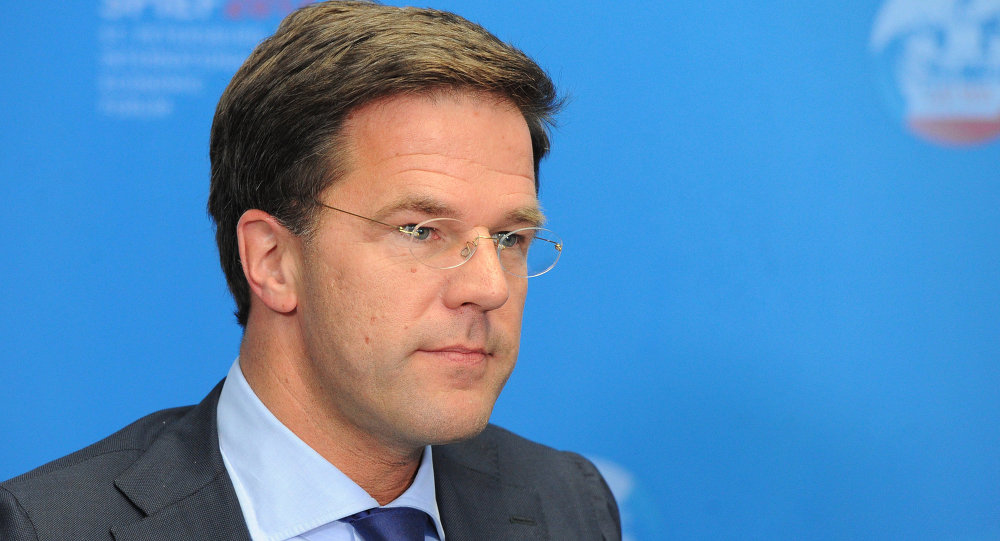 According to the Dutch General Affairs Ministry, Prime Minister of the Netherlands Mark Rutte is determined to extend mutual assistance with Malaysia and Australia on the matter of the MH17 flight crash.

MOSCOW, November 4 (RIA Novosti) — Prime Minister of the Netherlands Mark Rutte is planning to meet his Malaysian and Australian counterparts from November 5 to 7 to discuss the MH17 flight crash, the Dutch General Affairs Ministry stated on its official website Tuesday.

"The main reason for these visits is the disaster involving flight MH17 in Ukraine on 17 July. Since then, the Netherlands has been working closely with Australia and Malaysia to repatriate the remains and personal belongings of the victims as soon as possible, investigate the crash and bring those responsible to justice," it is said in the statement.

According to the ministry, both Prime Ministers Najib Razak from Malaysia and Tony Abbott from Australia visited the Netherlands in the summer. Rutte is determined to extend mutual assistance on the matter of plane crash, and strengthen overall bilateral relations, as the ministry puts it.

The Netherlands is playing a key role in the investigation into the events surrounding the Malaysia Airlines Flight MH17 crash on July 17, 2014. The plane was scheduled to fly from Amsterdam to Kuala Lumpur but crashed in the Donetsk Region in southeastern Ukraine. All 283 passengers and 15 crew members died. Both Kiev and independence supporters have accused each other of shooting the plane down.

Details on MH17 Crash to Stay Unclear Until Summer 2015: Dutch Safety Board

West Denies Fact That MH17 Flight Was Shot Down by Kiev for 'Political Reasons': Politician