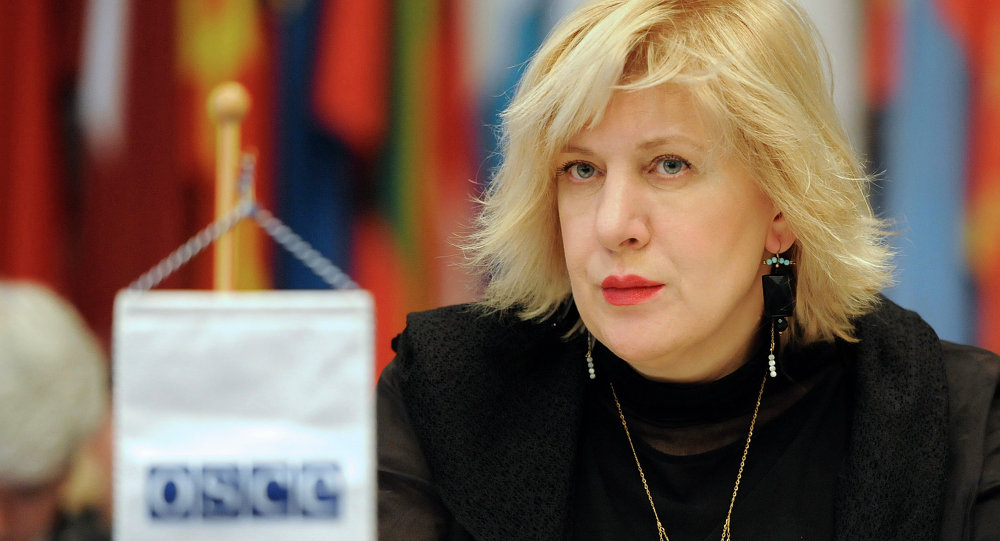 OSCE Representative on Freedom of the Media Dunja Mijatovic said that attempts to guarantee journalists safety and security in Ukraine are not effective.

STRASBOURG, November 4 (RIA Novosti) — Attacks on journalists in Ukraine show that efforts to provide safety and security for media workers are not sufficient, OSCE Representative on Freedom of the Media Dunja Mijatovic said Tuesday during the third UN-Inter-Agency Meeting on the Safety of Journalists and the Issue of Impunity.

"We can continue meetings, we can continue raising these issues, we can continue producing papers, conventions, resolutions, agreeing to it and saying how wonderful the resolutions that we adopted are… But what is happening in the field and how much we see governments fighting impunity and all these other issues that are relevant to the safety of journalists that we are discussing today? I just want to mention one country that I think we should all follow. And it's Ukraine… And how did we manage to prove that we are effective in the field when there is conflict and journalists are attacked on a daily basis?" Mijatovic said.

Press freedom in Ukraine has been repeatedly violated since Kiev launched a military operation against independence supporters in eastern Ukraine in April. During the confrontation, journalists have been detained, kidnapped, tortured and killed.

In October, the Committee to Protect Journalists published a report, which said that in the past 10 years, 370 journalists have been murdered in connection with their work. The majority of them were local journalists reporting on politics and war, corruption and human rights. In 90 percent of the cases there were no arrests, no convictions – total impunity.

November 2, 2014 was established by the UN as the first International Day to End Impunity for Crimes against Journalists.