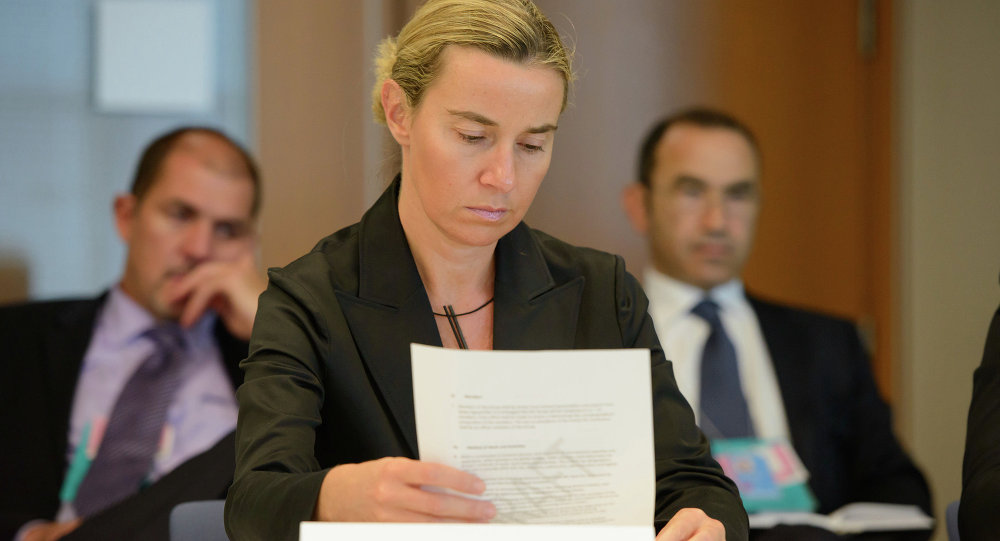 Federica Mogherini, EU's next High Representative for Foreign Affairs and Security Policy, has a rich record of political achievements.

MOSCOW, October 31 (RIA Novosti) — EU's next High Representative for Foreign Affairs and Security Policy Federica Mogherini, due to assume office on Saturday, was born on June 16, 1973, in Rome.

She studied political science at Rome's Sapienza University and later continued her studies at the Research Institute for the Arab and Mediterranean World (IREMAM) in France, where she wrote a thesis on political Islam.

In the 1990s, Mogherini participated in Italian and European anti-racism and anti-xenophobia campaigns as a volunteer.

In 2001, Mogherini became a member of the National Council of the newly-formed Italian social-democratic party, Democrats of the Left (DS), and later served on its Political Committee.

In 2003, she started working at the DS Foreign Affairs Section, where she oversaw relations with Iraq, Afghanistan and the Middle East.

In February 2013, she was re-elected from the Emilia-Romagna constituency and headed the Italian delegation to the Parliamentary Assembly of NATO.

In February 2014, she became Italy's Minister of Foreign Affairs.

On August 30, Mogherini was elected High Representative of the European Union for Foreign Affairs and Security Policy, a post she will hold from November 1, 2014, to October 31, 2019.

She is married and has two daughters.