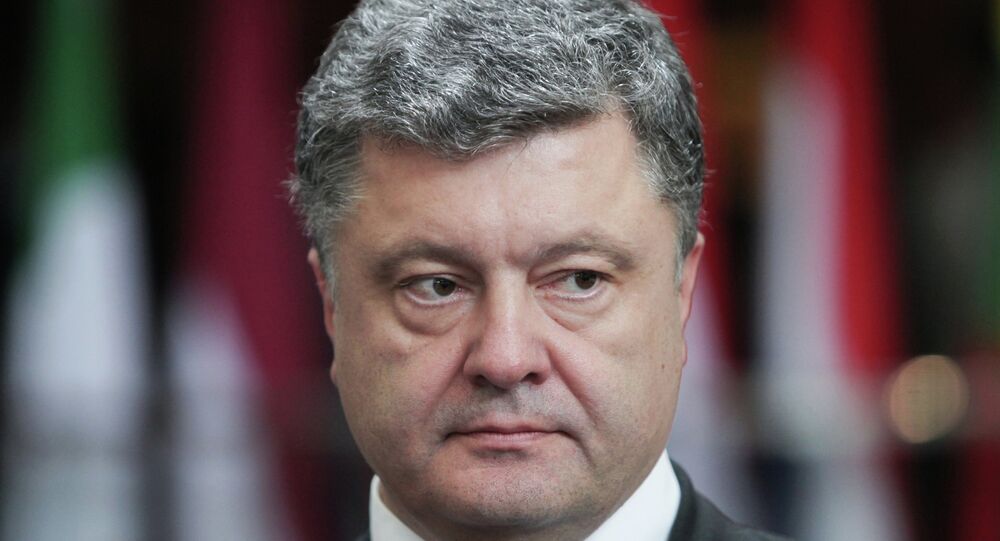 According to the White House, the US vice president intends to visit Ukraine in the coming weeks to discuss the current situation with Poroshenko.

KIEV, October 28 (RIA Novosti) – Ukrainian President Petro Poroshenko has assured US Vice President Joe Biden during a telephone conversation that he will pay closer attention to the peace process in southeast Ukraine, the president's press service said in a statement Tuesday.

"President Poroshenko stated that his further effort is to focus on peace process [in the east of Ukraine] and implementation of reforms. Poroshenko and Biden expressed hope for constructive dialogue on establishing peace in Donbas, promotion of reforms in Ukraine, economic assistance and cooperation with IMF [International Monetary Fund]," the statement said.

The White House stated earlier on Monday that during a telephone conversation Biden also congratulated the Ukrainian leader on holding "successful elections in accordance with democratic electoral standards."

The US vice president plans to visit Ukraine in the coming weeks to discuss the current situation with Poroshenko, according to the White House.

Military confrontation in southeastern Ukraine began in mid-April, after Luhansk and Donestsk regions refused to recognize the legitimacy of the coup-imposed authorities in Kiev.

On September 5, a ceasefire agreement was signed between government troops and independence supporters of the self-proclaimed Luhansk and Donetsk people's republics during a trilateral meeting of the Contact Group on Ukraine. Both sides of the conflict have repeatedly accused each other of violating the truce.

As a result of the ongoing political crisis in the country, Ukraine is currently on the verge of a default. Kiev authorities are trying to rescue the country's economy with international loans, including $17 billion from the International Monetary Fund (IMF).