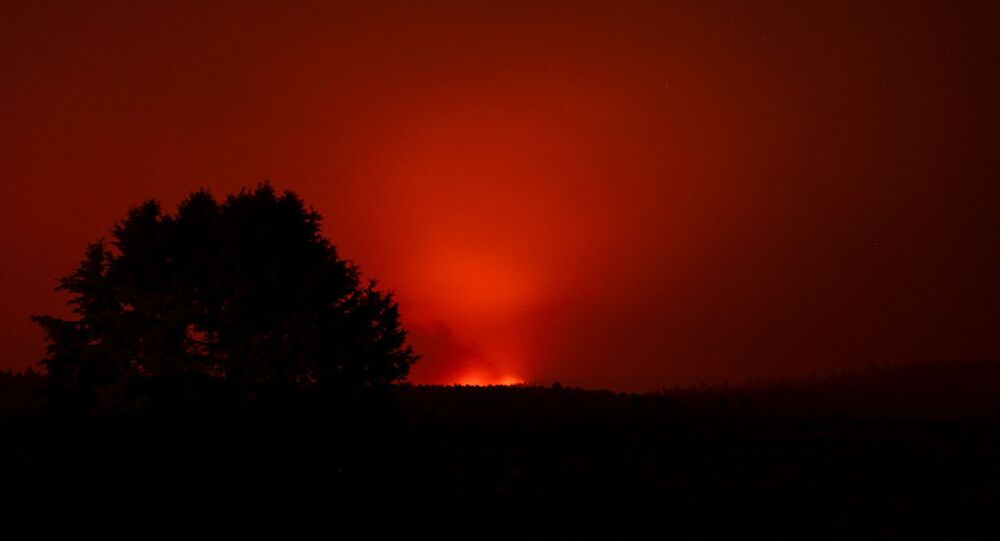 The 2021 wildfire season is on the verge of setting new, unwanted records after dozens of fires emerged across western portions of the US, where only three blazes have been reported as being contained by officials.

A wildfire churning through Oregon has become the largest fire recorded across the nation after having burned over 200,000 acres of land, data released by the US’ National Interagency Fire Center (NIFC) has revealed.

Latest figures indicate that the Bootleg wildfire burning through southern Oregon has ravaged roughly 212,377 acres over a span of eight days. At present, the blaze is only 5% contained, and authorities estimate that it may not be contained until the end of the month.

Officials have determined that the fire is “primarily” showing growth to the east of the greater Gearhart Wilderness area, which is located within the Beaver State’s Fremont-Winema National Forest.

​An incident report released by the Northwest Interagency Coordination Center states that the Oregon fire has destroyed some 21 residential buildings and damaged nearly 2,000 others. Approximately 26 emergency crews, 13 helicopters and 139 fire trucks are being used to battle the fire.

There have been no reported fatalities or injuries that were caused by the Bootleg wildfire.

Current severe weather conditions that have been fueling intense heat waves in the region have only helped to further increase the fire’s reach over the last few days. Overnight Wednesday, the Bootleg fire managed to consume approximately 50,000 acres.

​Rob Allen, the incident commander for the PNW2 incident management team, remarked in a statement issued by the interagency group that while firefighting crews have managed to make “steady progress where winds and terrain allow,” their efforts are constantly being held off by worsening conditions.

“For the third day in a row, firefighters had to disengage at times for their safety and weather isn’t going to change for the foreseeable future,” Allen noted. Air operations have been temporarily pulled back on account of heavy smoke in the area.

The cause of the blaze is still unknown.

​Officials have implemented a bevy of road closures and mandatory evacuation alerts in areas along the wildfire’s path. However, the Bootleg blaze, which started in Oregon’s Klamath County, is only just one of at least 6 active fires churning in the state.

Year-to-date, the NIFC has recorded over 34,000 fires that burned over 2.2 million acres. At present, the US is being ravaged by 68 active large fires recorded in states of Idaho, Montana, Arizona, California, Alaska, Washington, Wyoming, New Mexico, Colorado, Utah and Minnesota.