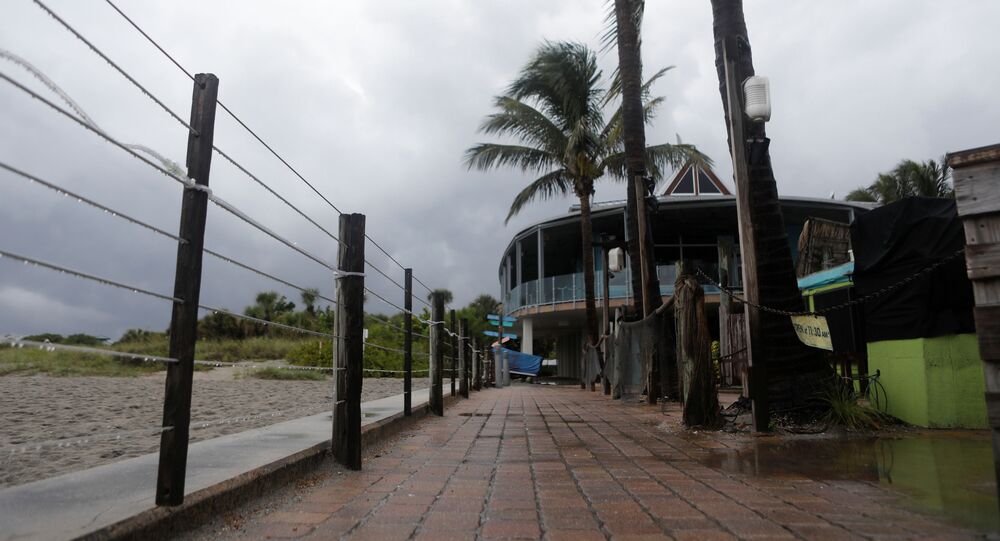 Earlier, tropical storm Elsa was declared the first hurricane of the 2021 season after registering powerful sustained winds that saw the cyclone reach a Category 1 classification on the Saffir-Simpson Hurricane Wind Scale. It was later downgraded back to a tropical storm a day later.

Tropical storm Elsa is on the verge of being reclassified a hurricane as the growing cyclone has begun to intensify in the Gulf of Mexico before its looming landfall in southern Florida on Wednesday, the National Hurricane Center (NHC) has revealed.

At present, the cyclone is moving northward at a pace of 9 miles per hour, setting the storm up for a Wednesday landfall in South Florida. Elsa’s tropical storm-force winds are currently extending roughly 70 miles from the eye of the system.

Although forecasters have warned that Elsa is more than likely to become a hurricane before making landfall, the NHC has also stated the storm will be “weakening” quickly once it begins to move inland late on Wednesday.

Parts of Florida are expected to experience a storm surge of up to 5 feet, with rainfall across the state reaching between 2 inches and 5 inches. Authorities have issued storm surge warnings from Florida’s Bonita Beach to the Aucilla River.

“On the forecast track, Elsa will move near or over portions of the west coast of Florida later today [Tuesday] through tonight,” the agency’s Tuesday advisory reads. “Elsa is forecast to make landfall along the north Florida Gulf coast on Wednesday, and then move across the southeastern United States through Thursday.”

A five-day forecast released by the National Hurricane Center has Elsa leaving the Sunshine State and going into neighboring Georgia late Wednesday before washing over the Carolinas, Virginia and portions of Maryland, Delaware, New Jersey and Connecticut.

As Elsa moves its way north along the US East Coast, the system is forecasted to dump anywhere between 1 and 5 inches of rainfall. Isolated totals may hit up to 8 inches of rain.

Aside from rain and potential flooding, residents living within Elsa’s reach may also spot a “few tornadoes” as the system moves inland throughout Wednesday and Thursday.

US President Joe Biden approved an emergency declaration for Florida on Monday in anticipation of the destruction that the storm may bring to the state. Gov. Ron DeSantis (R-FL) declared a state of emergency ahead of Elsa on Saturday.

Over the weekend, Elsa barreled through much of the Caribbean and left the southern coasts of Haiti and the Dominican Republic battered, having prompted dozens of evacuations in the region. At least three people were declared dead as a result of the storm.