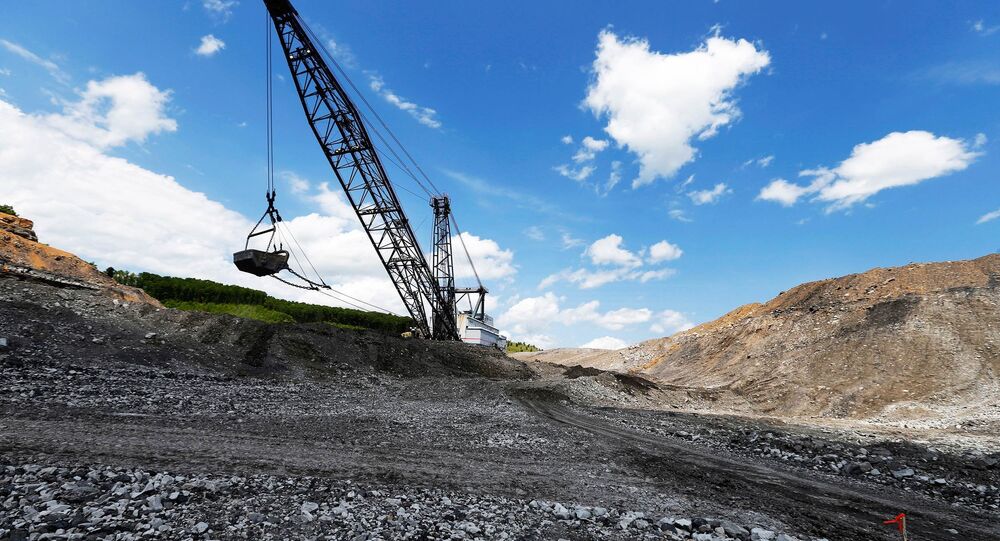 Under former US President Donald Trump, the coal industry saw something of a renaissance as he pushed cheap home-grown fuel sources and dismissed renewables. However, the Biden administration has rapidly expanded investments in renewables and laid out a timeframe for divestment from fossil fuels.

The US state of Wyoming has created a special $1.2 million fund for filing lawsuits against surrounding states whose green energy policies it says inhibit Wyoming’s coal industry.

The Powder River Basin, which straddles Wyoming and Montana, produces about 40% of the thermal coal used in US coal-fired power plants. However, according to some state lawmakers, the policies of nearby states like Colorado that promote a transition from fossil fuels, like coal to renewable power sources like wind and solar, pose a threat to the Cowboy State’s economy.

“If we don’t start fighting back, we will be dictated by not only the federal government but other states as to where we can move and where we can go and power generation in our state,” Wyoming Rep. Jeremy Haroldson (R) told a committee in the state’s House of Representatives last month. Haroldson’s bill was signed into law earlier this week.

The law creates a $1.2 million fund at the governor’s office for lawsuits against such laws in other states.

Haroldson told the Denver Post on Tuesday he thought Colorado should be sued, in particular for a 2019 law compelling Tri-State Generation and Transmission Association, a wholesale power supplier based in Colorado but also serving Wyoming and Nebraska, to “seek an 80% carbon-free portfolio.”

Tri-State has a partial interest in the Laramie River Station, a large coal-fired plant in Haroldson’s district in Wyoming. Harlodson has fretted that Tri-State’s plans endanger the plant, and thus the coal mined to fuel it.

Colorado’s legislature is also presently hearing a cap-and-trade bill that would set progressively higher limits on the state’s greenhouse gas emissions - which burning coal produces in huge quantities - with targets of 26% reduction by 2025; 50% by 2030; and 90% by 2050. Its sponsor, Colorado state Sen. Faith Winter, has described it as a follow-up bill to the 2019 law.

This isn’t the first litigation in defense of its coal industry Wyoming has launched, either: a case against the US state of Washington filed by Wyoming and Montana with the US Supreme Court seeks to overturn a decision by Olympia to block construction of a coal export dock at Longview on the Columbia River, according to the Casper Star Tribune.

Wyoming’s coal production was already on the decline; in 2019, the state produced 9% less coal than the year prior. However, 2020 was particularly devastating after the COVID-19 pandemic sent more than 600 Powder River Basin miners into furlough and bankrupted a local mine. Nationwide, coal production declined by 26% last year, but a US Energy Information Agency (EIA) report in January suggested coal production could jump this year due to an increase in demand for natural gas that’s driving up gas prices.

The massive infrastructure program proposed by US President Joe Biden could deal a further blow to fossil fuels, with a 27% increase in clean energy spending and a goal to totally end carbon-based fuel use in power plants in the next 14 years.

China Responsible for Half of Coal-Fired Electricity in 2020 - Report