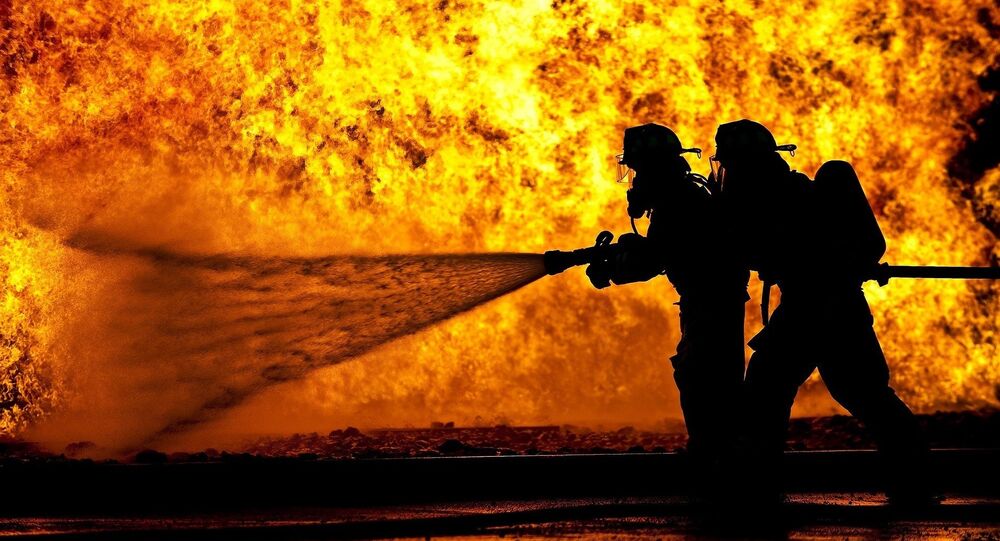 Last year, millions of acres were burned in a record wildlife season in multiple states across the United States including California, Washington and Oregon. In fact, there were around 2.3 million more acres burned last year than the 10-year-average.

The US state of Wisconsin this week signed an executive order declaring a state of emergency in response to increased wildlife conditions such as gusty winds and low humidity levels.

​“With nearly the entire state experiencing high or very high fire risk, protecting Wisconsinites from the destructive dangers of wildfires is a top priority,” Evers said in a news release obtained by The New York Times.

In the past week, there have been 149 wildfires across Wisconsin, according to a map on the Wisconsin Department of Natural Resources' (DNR) website. Over the weekend, many countries along the Illinois state border and countries along Lake Michigan were also under a very high risk for fire danger due to dry vegetation, warm temperatures, low humidity and increasing winds. There have also been at least 340 fires since the start of the year.

The DNR also announced in a press release on Saturday that annual burning permits have been suspended to prevent fires.

"To help us keep Wisconsinites safe, the DNR is asking you to avoid all outdoor burning including limiting the use of campfires and making sure to extinguish and dispose of cigarettes properly," a news release by the DNR reads. "Outdoor enthusiasts should also use caution with off-road vehicles or equipment that can create a spark and start a fire."

Over 200 Families Recommended to Leave Homes in Japan’s Tochigi Over Wildfire, Reports Say