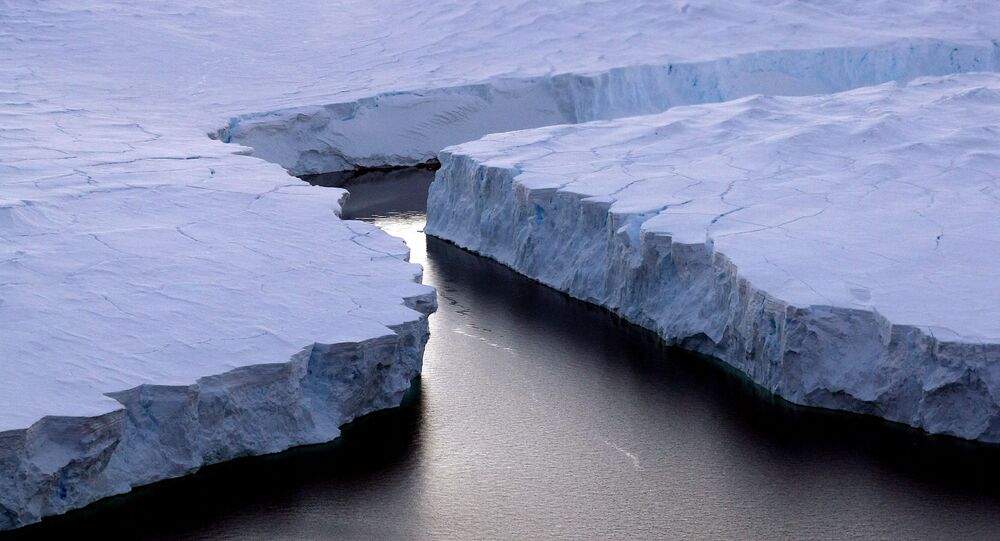 In one of the largest calving events ever recorded, a colossal piece of ice broke off the Brunt Ice Shelf in Antarctica in late February, after the snap had been building for more than a decade, with satellite measurement putting it at around 1,290 square km.

A German research ship, the Polarstern, run by the Alfred Wegener Institute, recently found itself in the right place at the right time during an expedition in the eastern Weddell Sea.

Amid a bout of calm weather, the ship availed itself of the remarkable opportunity to snap some stunning images of lifeforms that the Antarctic seafloor was found teeming with, which had been hidden under a thick sheet of ice.

Keep an eye on the @AWI_Media @AWI_de accounts today because the Alfred Wegener Institute tell me they will be publishing pictures from the circumnavigation. https://t.co/C1YbcYQh2m

​Earlier, scientists at the British Antarctic Survey (BAS) reported that a huge piece of ice measuring 1,270 square kilometres and about 150 meters thick - about 20 times the size of New York City’s Manhattan Island - had broken off the Brunt Ice Shelf.

The latter is a floating platform of glaciers that have flowed off the land into the Weddell Sea - a sector of Antarctica directly to the south of the Atlantic Ocean.

Like all ice shelves, the Brunt periodically calves icebergs, with scientists having closely monitored the glacier gradually crack for the past decade.

Check out this @CopernicusEU #Sentinel1 SAR image capturing the #A74 ice berg breaking off and moving away from the Antarctic #brunticeshelf. Just one of the many applications that @esa Sentinel satellites have! #BelieveinScience pic.twitter.com/qLx9US4mjr

​After fresh chasms started appearing in late 2020, with one growing as much as 1 kilometre per day, it was taken as a sign of bigger things to come.

Finally, the 'berg, dubbed A74, snapped off, laying bare a part of the seafloor for the first time in five decades.

The Polarstern, which uses a sophisticated Ocean Floor Observation and Bathymetry System (OFOBS) towed behind it at depth, seizing upon the chance to sail through the gap between the iceberg and the shelf, allowing researchers onboard to take snapshots of the ocean floor below.

​According to the AWI, scenes of stunning biodiversity were revealed, including at least five species of fish, two species of squid, sea cucumbers, mollusks, etc.

Experts explore for the first time life on the seafloor in a region formerly covered by thick ice. pic.twitter.com/6gnwNYgY3P

​A majority of these were so-called filter-feeding organisms, subsisting on material transported under the ice, said researchers, adding:

"Some mobile fauna, such as holothurians, ophiuroids, various molluscs, as well as at least five species of fish and two species of octopus were also observed."

Almost 1,000 high-resolution images and long sequences of video were made by the system in the course of five hours.

"Despite the years of continuous ice coverage, a developed and diverse seafloor community was observed," OFOBS team-members Dr Autun Purser and Dr Frank Wenzhoefer were by the BBC as saying.

According to AWI, icebergs of such mammoth size only break off about once every ten years in the Antarctic, with a warming atmosphere due to global warming suggested as the reason for increased frequency of the calving incidents.

"It's extremely fortunate that we were able to respond flexibly and explore the calving event at the Brunt Ice Shelf in such detail," said Hartmut Hellmer, a physical oceanographer at the AWI and head of the expedition.

#Polarstern in the "Grand Canyon" (the crack between A74 and the Brunt iceshelf)! #Antarctica pic.twitter.com/JHjsMBmQSe

​The Polarstern has been carrying out research in the area to enable scientists to better understand the processes behind such glacial calving events, while using data and imagery to create computer models, facilitating prediction of the potential impact of global warming on Antarctica.