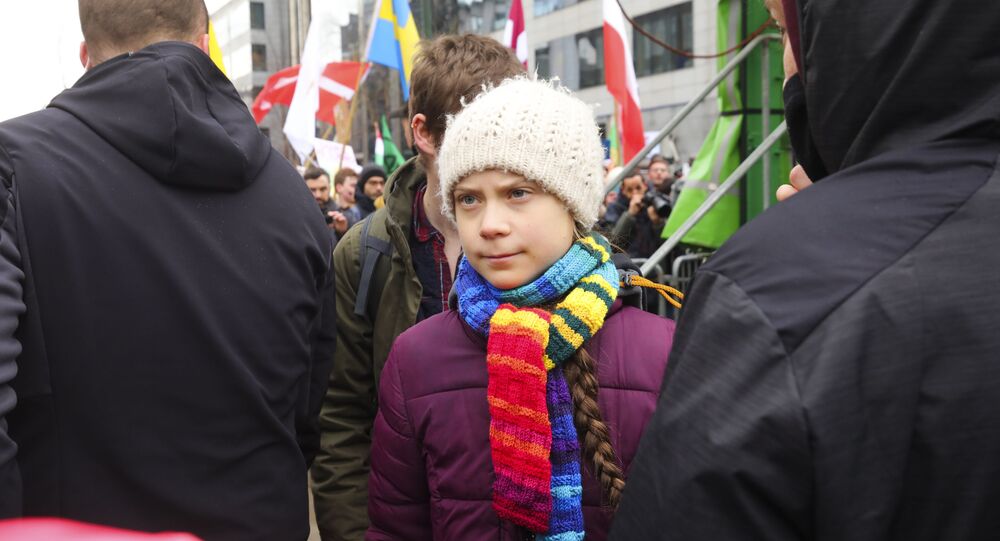 The Swedish climate activist, who already had the honour of having several species named after her, has inspired the new name of a micro-animal that is among the most resilient on Earth.

What do giant spiders in Madagascar, springtails in Antarctica and snails in Borneo have in common? Yes, you've guessed it: they are all named after the Swedish climate activist Greta Thunberg. Now, they have been joined by a species of tardigrades found in Sweden.

Researchers from Kristianstad University, in collaboration with their Italian colleagues, have discovered several previously unknown species of tardigrades in the Kristianstad Vattenrike Biosphere Reserve, a protected swamp area in the south of Sweden. One of them was named Xerobiotus gretae, after Greta Thunberg.

“We dedicate this species to the climate activist Greta Thunberg, for her brave and insightful efforts to open the eyes of the world leaders about the need for action against climate change. The achievements of Greta Thunberg give us hope that the challenges of changing the unsustainable path of human societies may still be possible, just like the tiny tardigrades are able to overcome seemingly impossible environmental challenges. But we have to act now!” the researchers wrote in their paper.

Tardigrades, known colloquially as water bears or moss piglets, are eight-legged segmented micro-animals, among the most resilient known to mankind. They are found everywhere in Earth's biosphere, from mountaintops to the deep sea and mud volcanoes, and from tropical rainforests to the Antarctic.

​Tardigrades are usually about 0.5 mm when fully grown. They are short and plump, with four pairs of legs, each ending in claws or suction disks. Tardigrades flourish and prosper in mosses and lichens and feed on plant cells, algae, and small invertebrates. Due to the fact that they are visible with a low-power microscope, they are very popular as research material among students and amateur scientists.

It's those little hind legs that make me go "awwwww!".#tardigrade pic.twitter.com/KP9uGq5bOX

​A species hundreds of millions of years old, tardigrades are also known to survive extreme conditions, including extreme temperatures and pressures (both high and low), air deprivation, radiation, dehydration, and starvation – that would quickly kill most other known lifeforms. Tardigrades have even survived exposure to outer space.

This is what the inside of a tardigrade looks like https://t.co/fzNTLlAhCa pic.twitter.com/XRNoKCPLQ1

​Greta Thunberg is an icon of the modern climate movement. She shot to fame as a 15-year-old through her solitary protests opposite the Swedish parliament, which later grew to a worldwide movement. Despite being showered with trophies, prizes, awards and accolades and making several front page appearances and even harvesting several Nobel Peace Prize nominations, Thunberg remains a highly divisive figure. While hailed as brave and uncompromising by supporters, she is often seen as a brainwashed and manipulated girl with Asperger's and a globalist tool by her critics.