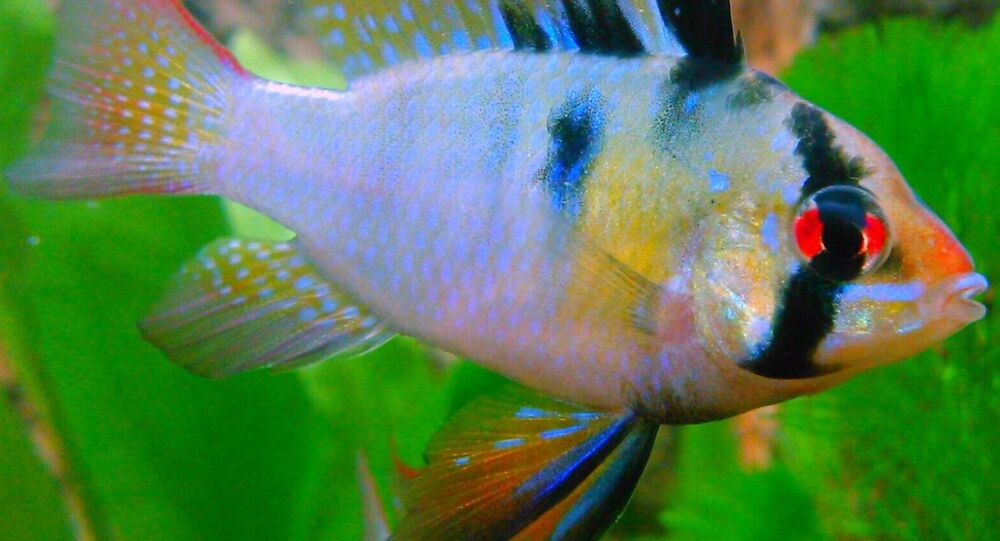 A "devastating combination" of factors such as overfishing, extensive agricultural irrigation, global warming and toxic run-off from mining and industry are threatening thousands of species of fish with extinction, the WWF says.

Nearly one third of fresh water fish face extinction, putting at risk 200 million lives along with millions of livelihoods worldwide, according to a new report from the World Wide Fund for Nature (WWF).

This report comes at the start of the United Nations Decade on Ecosystem Restoration, which is part of a "rallying call" for the protection and restoration of ecosystems worldwide.

© REUTERS / DENIS BALIBOUSE
Waste Fuel and Water Sensors: How Science Solves Environmental Problems
"Rivers, lakes and wetlands are among the most biodiverse places on earth", WWF's report says, noting that, fish "cover less than 1 per cent of the planet’s total surface, yet they’re home to almost a quarter of all vertebrate species – including over half of all the world’s fish species".

80 species of fish have already been declared extinct, the report says. WWF also point out that "at least 200 million people globally" depend upon fish as their primary source of animal protein and essential minerals. On top of which, "jobs in freshwater fisheries account for between 2.5-6 percent of the global agricultural workforce".

The factors causing the decline in fresh water fish are manifold, but include a "devastating combination" of draining wetlands by damning rivers, extracting "too much" water for irrigation, and releasing of untreated and toxic waste (e.g. industrial pollution and toxic runoff from mines) into lakes and rivers.

The report, entitled The World's Forgotten Fishes, also points out that overfishing, targeting of endangered species and practices such as using dynamite and mosquito nets along with climate change caused by global warming are also key factors destroying fresh water biodiversity.

The International Union for Conservation of Nature (IUCN) Red List of Threatened Species has assessed 10,336 types of fish and found that 30 percent "are at risk of extinction". The Red List, which was established in 1964 and is used by organisations and government's the world over, also reports that biodiversity is declining more generally, "with more than 35,500 species threatened with extinction, including 40% of amphibians, 34% of conifers, 33% of reef building corals, 26% of mammals and 14% of birds".

© Photo : WWF Report "The World's Forgotten Fishes" 2021
IUCN Red List Status of fresh water fish as at 23 February 2021
© AP Photo / Felipe Dana
'Point of No Return': 'Frozen Rainforest' Speeding Greenland Ice Melt
With 80 percent of fresh water fish species already extinct, along with 10 more that are "extinct in the wild" (i.e. some remain in artificially conserved areas), the impacts of human caused loss of biodiversity are already clearly being felt. Global warming, for example, means that river temperatures are changing, but also glaciers that normally feed rivers with fresh water are melting.

Additionally, nearly 70 percent of all water is extracted for agriculture, largely from river systems, a number that is expected to rise as the global population increases. This also places tremendous pressure on the ability of fish life to be sustained.

But WWF's report doesn't simply raise the alarm to the problem of declining fish populations, it also provides suggestions developed by scientists and fresh water experts.

The proposals to restore freshwater ecosystems and reverse declining fish populations are also supported by the findings and recommendations of the UN environment programme's Convention on Biological Diversity.

WWF recognise that there will have to be tough decisions to be made including "trade-offs" between economic development and protecting biodiversity. But however difficult attempts to reverse decades of declining fresh water fish population may be, the conservationist organisation says that it, along with associated partners, are committed to protecting and restoring rivers, lakes and wetlands so as to ensure the long-term survival of tens of millions of people and their livelihoods.