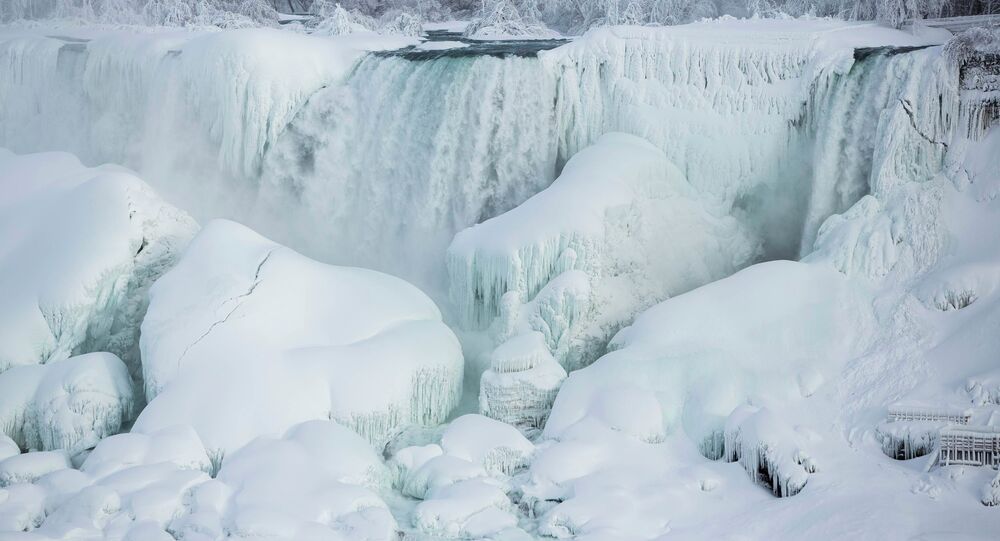 Polar Vortex Blasts All of Canada Into Frigid, Subfreezing Temperatures

A polar vortex is a weather phenomenon in which cold air and low pressure envelop either the North or South poles during each hemisphere’s winter. Every so often, however, when a winter pattern becomes disrupted, pieces of the vortex splinter off and push frigid temperatures away from the pole toward the equator.

The whole of Canada recorded one of its coldest winters this week when temps in the northern neighbor to the US were sent plummeting into the below-freezing zone thanks to a weather condition known as a polar vortex.

An earlier reading reported by CTV News indicated that Wekweètì, in the Northwest Territories, reached an ice-cold, negative 51.9 degrees Celsius. Citing the Environment and Climate Change Canada agency, the outlet stated the subfreezing temperature was the coldest detected in the area over the last four years.

The majority of Canada’s provinces have been placed under extreme cold advisories, with officials also sending out warnings for snowfall and arctic outflow over concerns regarding bitter temperatures and rising surface pressure.

The “hottest spot” recorded within Canada was detected in Estevan Point, British Columbia. The government tracker pinpointed the temperature at 3.4 degrees Celsius.

Tyler Hamilton, a meteorologist with the Weather Network, wrote in a Wednesday blogpost that “it’s no easy feat to get all 10 million square kilometers of Canada below freezing simultaneously.”

“To pull off this incredibly rare and complex feat, myriad different parts of the atmosphere work together in tandem, dipping every square centimetre of Canada below the freezing mark,” Hamilton explained. “For every provincial capital to remain below the freezing mark, particularly Victoria, everything has to come together to hold the frigid air coast-to-coast.”

“Victoria has only spent 28 days below the freezing mark for an entire day this century, and strong winds flowing from the continental high-pressure inland will make this a reality,” he added.

Canada is expected to endure chilly temperatures for the next several days. The US will also see cold weather, with the National Weather Service already issuing wind chill warnings for northern parts of Montana, North Dakota and Minnesota. Similarly, a winter weather advisory has been initiated in states including Texas, Oklahoma, Tennessee and West Virginia, among others.

The Weather Channel reported that a snowstorm is likely to strike much of the southern US early next week, with some states that typically teeter between rain and snow mixtures more than likely seeing inches of snow.