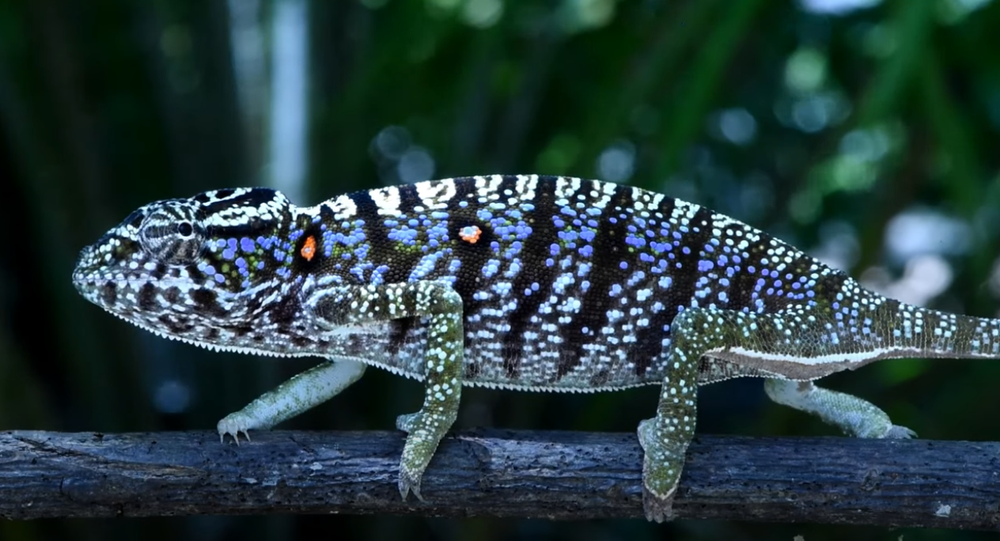 Videos: Scientists Rediscover Chameleon Last Seen Over a Century Ago

Voeltzkow's chameleon (Furcifer voeltzkowi), a unique and evasive species, has been rediscovered by German researchers in its natural habitat of Madagascar some 100 years after it seemingly disappeared.

A research paper authored by Frank Glaw and published in the Salamandra German Journal of Herpetology on October 30 announced that German researchers in Madagascar had rediscovered F. voeltzkowi “in its natural habitat close to its type locality” while on “a targeted expedition.”

“Our rediscovery expedition was conducted at the end of the rainy season from 25 March to 3 April 2018 in the Mahajanga region in northwestern Madagascar,” the report detailed.

Within months, a chameleon of the species will hatch during the rainy season, grow rapidly, spar, mate and die. Female F. voeltzkowi in particular are said to exude colorful patterns while encountering males, pregnant or stressed.

FOUND: The Voeltzkow’s Chameleon had been lost to science since 1913...but no longer! An expedition team rediscovered the colorful species during an expedition in Madagascar. This is the 6th of our most wanted lost species found! https://t.co/7ZK2AGV6aY (Video: Frank Glaw) pic.twitter.com/wYqwN5UlX4

The report highlighted that scientists believe the short life span of F. voeltzkowi partly contributed to the species getting “lost” for decades. On top of that, the rainy season “makes it difficult and unlikely to record this species, since most roads in its distribution range are not accessible.”

"Rediscoveries of 'lost' species are very important as they provide crucial data for conservation measures and also bring some hope amidst the biodiversity crisis.”

“These animals are basically the mayflies among vertebrae,” Glaw, the curator of reptiles and amphibians at the Bavarian State Collection of Zoology, told the Associated Press.