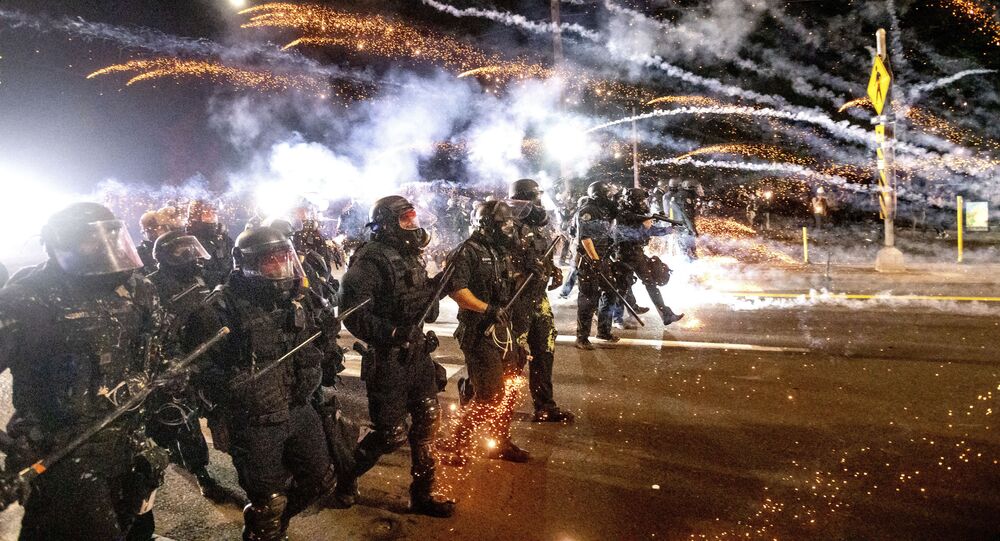 Five environmental groups, represented by attorneys from the American Civil Liberties Union (ACLU) of Oregon, filed a lawsuit against the US Department of Homeland Security (DHS) on Tuesday for using tear gas against protesters in Portland, Oregon.

According to the environmental groups Neighbors for Clean Air, the Northwest Center for Alternatives to Pesticides, Cascadia Wildlands, 350PDX and Willamette Riverkeeper, the DHS violated the National Environmental Policy Act by not examining the impacts of chemicals on the environment before using them against demonstrators protesting racial injustice and police brutality in response to the May police killing of Minnesota resident George Floyd.

“The organizations seek a court order forcing the DHS to halt their use of chemical munitions, including tear gas, until the DHS performs a thorough analysis of the health and environmental impacts of these chemicals, and makes this information available to the public,” an ACLU news release reads.

According to the ACLU, protesters in Portland have been subjected to “teargas, pepper spray and other chemical munitions” linked to cancer and kidney and liver damage.

The federal government’s use of these chemicals has “reportedly caused loss of appetite, hair loss and irregular menstrual cycles among those exposed,” the release adds.

In addition, chemical munitions and residue have accumulated on vegetation, on buildings and in the streets of Portland, raising concerns that chemicals may be seeping into the city’s stormwater system and negatively impacting water quality and wildlife habitats.

“For months we have tried other avenues to obtain the information the public is entitled to under the law, but have been denied at every turn. Disclosure and scientific analysis is the minimum requirement. It is a pretty low bar, but DHS has completely flouted its responsibility,” Elisabeth Holmes, Willamette Riverkeeper’s staff attorney, said in the release.

Kelly Simon, interim legal director with the ACLU of Oregon, stated that the police use of tear gas and other chemical weapons has disproportionately affected Black, Indigenous and Latinx people and other people of color.

“The large volumes of tear gas and other chemical weapons that federal officers recklessly and thoughtlessly unleashed in Portland is yet more evidence of the Trump administration’s racist disregard for public health and a safe living environment. So we will see them in court, again,” she noted.