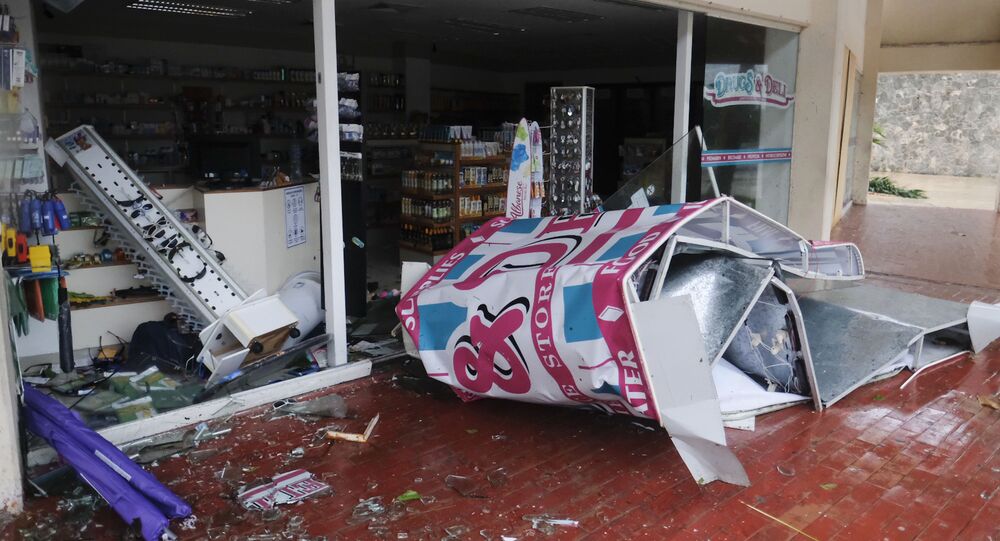 Forecast to strike the US Gulf Coast on Friday, Hurricane Delta has prompted a series of storm surge and hurricane warning alerts across the region, as residents quickly work to secure their homes and prepare for the worst while the cyclone nears the coastline.

The US National Hurricane Center (NHC) announced in an Wednesday update that the powerful storm was churning off the northern coast of the Yucatan Peninsula after having struck the popular Mexican tourism region.

With maximum sustained winds of 100 mph, the Category 2 hurricane is presently moving in a northwestward direction at a pace of 17 mph. Its current hurricane-force winds extend outward up to 30 miles from the cyclone’s center, whereas its tropical storm-force winds reach out up to 125 miles.

NHC forecasters anticipate Delta will strengthen and become a major hurricane once it moves through the southern and central portions of the Gulf of Mexico; however, Delta is expected to undergo “some weakening” on Friday. At present, Delta is set to make landfall in the US sometime late Friday into Saturday morning.

Areas from High Island, Texas, to Grand Isle, Louisiana, have been placed under a hurricane watch, and “dangerous” storm surges between 1 and 11 feet may arise depending on the time of Delta’s arrival to the coast, the hurricane agency has stated.

“The deepest water will occur along the immediate coast near and to the east of the landfall location, where the surge will be accompanied by large and dangerous waves,” reads the NHC’s latest notice, which adds that the storm will produce upwards of 12 inches of rain in some areas of the Mississippi Valley.

Ahead of Delta’s landfall on the US Gulf Coast, Alabama Gov. Kay Ivey ordered mandatory evacuations for all visitors and tourists located in Orange Beach, Gulf Shores and Dauphin Islands, including the unincorporated towns of Ono Island and Fort Morgan.

As Louisiana is expected to take the brunt of the storm, Gov. John Bel Edwards called on residents “to be ready for whatever it may bring.” So far local Louisiana officials have issued recommended evacuations in Port Fourchon, which supports offshore oil and gas operations in the Bayou State.

However, before parting ways with Mexico, Delta is forecast to bring a “life-threatening storm surge” of between 6 and 9 feet in some areas along the northern and eastern portions of the Yucatan Peninsula.

Delta made landfall on the peninsula, just south of the resort town of Cancun, early Wednesday, bringing with it maximum sustained winds of 110 mph that toppled nearly 100 trees and knocked down power lines along the coast, the Associated Press reported.

Between the Mexican states of Quintana Roo and Yucatan, roughly 39,000 individuals were evacuated to storm shelters. No injuries or deaths caused by the storm have been reported.

Since landfall, the Mexican government has called off tropical storm warnings along the eastern coast of the Yucatan Peninsula.

Throughout Wednesday, Delta is expected to generate strong swells around land areas in the northwestern Caribbean Sea. “These swells are likely to cause life-threatening surf and rip current conditions,” concludes the latest NHC update.