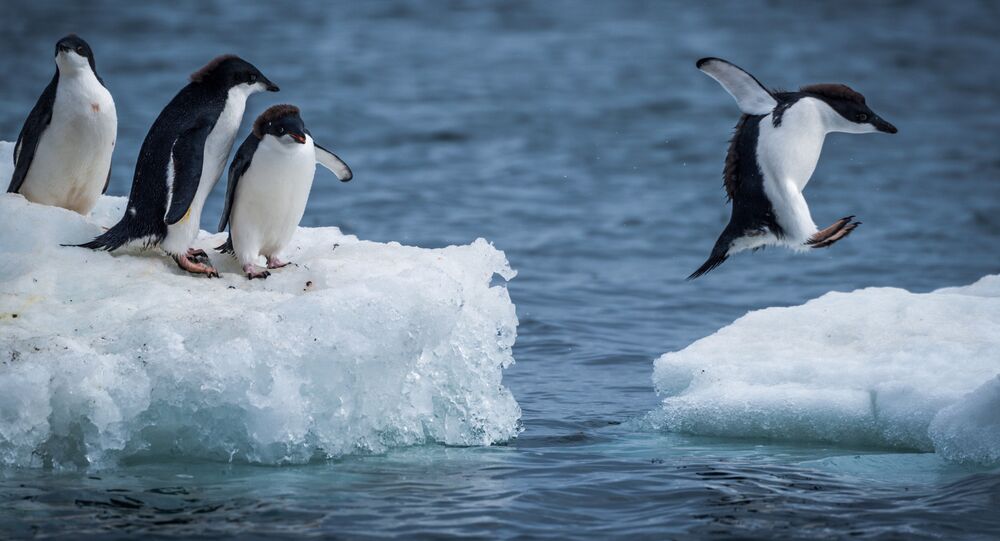 A zoologist working on the Antarctic coast recently came across a puzzling situation: seemingly new remains of Adelie penguins were appearing in a place not known for hosting a colony in at least a century.

Researcher Steven Emslie, a zoologist at the University of North Carolina, Wilmington, published a report on the mystery in the journal Geology on September 18. Emslie explains that the source of his confusion was global warming-induced snow melting revealing long-buried penguin remains.

Small penguins that live all around Antarctica’s coast and feast off the krill and squid plentiful in the nearby cold waters, Adelie penguins congregate in colossal colonies of as many as 1.5 million birds. Birds commonly die in these colonies, but especially the penguin chicks, which are born during the coldest parts of the year.

Emslie explains that he discovered the remnants of one of these colonies, identifiable by its huge number of dead penguin chicks in various states of decay, on Cape Irizar on the Ross Sea, a part of Antarctica that faces the open Pacific Ocean. Moreover, he found other telltale signs of a penguin colony, such as the pebble mounds the birds use as makeshift nests and the associated piles of guano, feathers and other sundry items. However, the site has never been recorded to host an active colony of Adelie penguins. So why were there so many dead ones there?

“Overall, our sampling recovered a mixture of old and what appeared to be recent penguin remains implying multiple periods of occupation and abandonment of this cape over thousands of years,” Emslie told the Geological Society of America. “In all the years I have been doing this research in Antarctica, I've never seen a site quite like this."

However, according to Emslie’s report, the most recent colony at the site ended about 800 years ago, which he notes coincides with the onset of the “Little Ice Age,” a worldwide climatic shift for several hundred years that caused the Baltic Sea to freeze over, snow to fall on mountains in Ethiopia and massive famines that helped end the Ming Dynasty in China.

When that happened, new snow fell on the former colony site, burying evidence of its existence, including the nests, guano, and chick remains - until now, as rising temperatures have caused snow to melt, revealing the former colony once more.

"This recent snowmelt revealing long-preserved remains that were frozen and buried until now is the best explanation for the jumble of penguin remains of different ages that we found there,” Emslie said.

Over the last decade, the temperature in the Ross Sea has risen by nearly 2 degrees Celsius, thanks to global warming, and satellite imaging has tracked the steady decline in snow cover on the rocky outcroppings along the coast. The Ross Ice Shelf, a colossal formation covering much of the Ross Sea, was recently discovered to be melting 10 times faster than expected. If totally liquified, the ice shelf and the Western Antarctic Ice Sheet that feeds it together have the ability to raise global sea levels by 5 meters (16 feet).

South Pole Journey: A Close-Up of Antarctica From the Deck of a Research Vessel