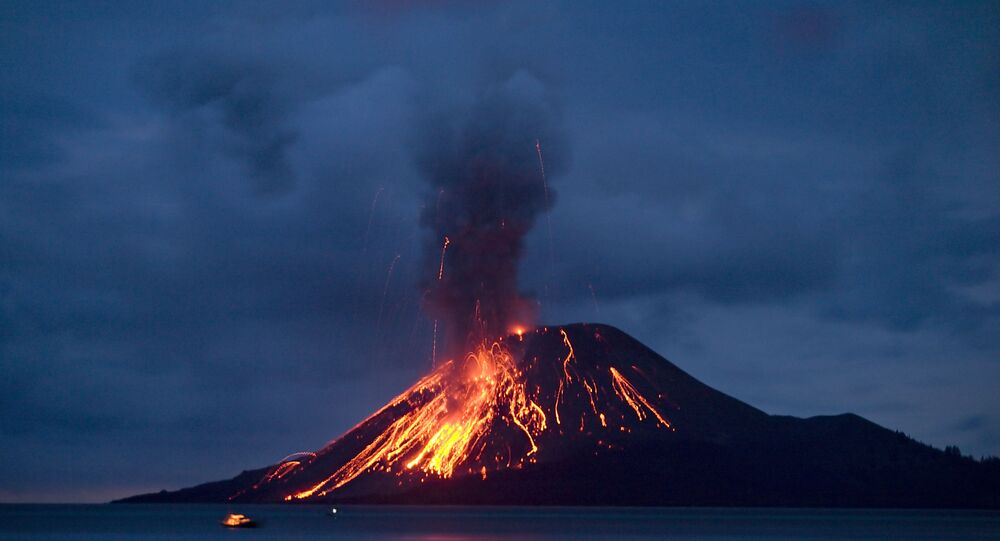 'Erupting Supervolcano': Indonesian Volcanoes Could Do With a Good PR-Agency, Author Suggests

While there is a lot of attention given to volcanoes in the Western world, little significant research is granted to Indonesia, a country with an impressive number of actually active volcanoes.

Highly active "supervolcanoes", with the largest eruption records, have escaped the attention of world volcanologists, according to a renewed version of an article published on the VolcanoCafe website.

"You find that for being an erupting supervolcano you are a massive PR failure. One single small earthquake at Yellowstone outperforms you in publicity", the author of the article says.

As an example, he names the Tondano caldera in Indonesia, along with the Lokon-Empung, Mahawu, Sempu and Soputan volcanoes, of which Soputan is the youngest and most eruptive. Lokon-Empung and Soputan frequently have tandem eruptions, and since 2000, he adds, explosive eruptions became frequent for Soputan, with the latest one in April 2020.

However, despite a large magmatic influx and active volcanism, heavy enormously destructive eruptions at Tondano are not likely, because it is formed like a "champagne bottle with 5 bottlenecks". It lacks the water necessary to drive such an eruption and is "very well vented".

The author says that despite its high volcanic activity and "at best medium risk of fatalities", Tondano is in desperate need of more research and study, while "bad monitoring" could result in unexpected disasters with a risk of fatalities.

"While we sit and moan about there being no interesting eruptions, we did not even reflect as we read that two more volcanoes in Indonesia erupted simultaneously 30km from each other", he says, concluding that "Indonesian volcanoes could do with a good PR-agency".

The latest volcanic eruption in Indonesia occurred just a month ago, when Mount Sinabung volcano sent an enormous pipe of ashes and smoke into the air.

It wouldn't be 2020 if we didn't also have a volcanic eruption. Mt. Sinabung in Sumatra has erupted. pic.twitter.com/YK2JsW2z1f

​Indonesia is among the countries which are located on the so-called "Ring of Fire" - an area in the Pacific Ocean which is extremely "rich" with active volcanoes and frequent earthquakes. The Ring of Fire accounts for some 75 percent of the world's volcanoes.