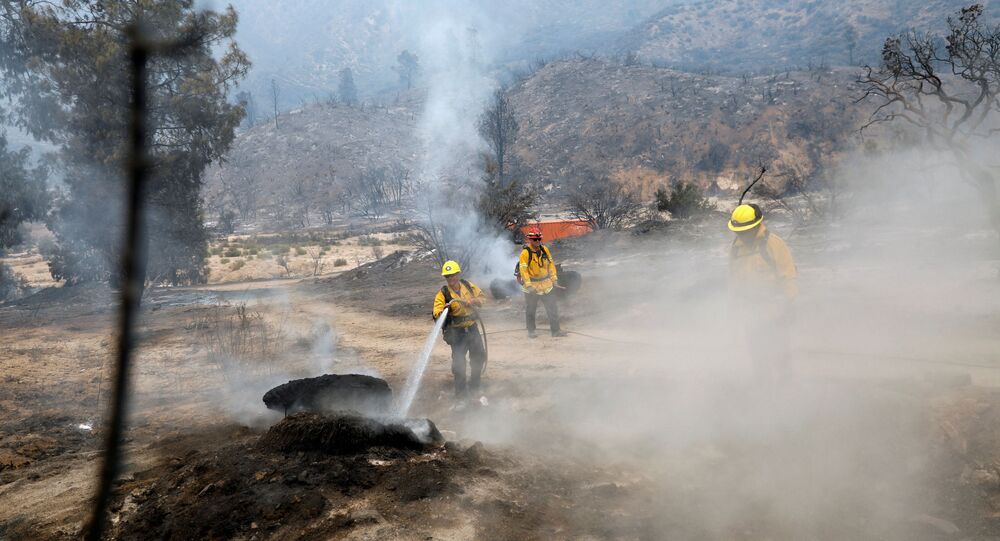 The US National Weather Service (NWS) on Tuesday confirmed that smoke from the wildfires in the country’s west is being “carried by the jet stream across the Mid-Atlantic.”

“Satellite images this morning show #smoke aloft moving over much of the Northeast and Mid-Atlantic. This smoke is obscuring the sun, and will keep temperatures a few degrees cooler today than what would be observed if the smoke was not present,” the official NWS Baltimore-Washington Twitter account reported on Tuesday.

A few hours later, the same NWS account tweeted that the smoke across the Mid-Atlantic is moving overhead between 15,000 and 25,000 feet above ground level.

Social media users also shared photos of the smoke in the sky above the Washington, DC, area.

​“Crazy — Smoke from West Coast wildfires seen over the Lincoln Memorial here in Washington DC,” one user posted, along with a photo of the building.

“The sky in WASHINGTON DC is going to be orange this evening around sunset from the smoke out west. The climate crisis is a global crisis,” another user commented.

Some smoke from the deadly wildfires has even reached parts of upstate New York and Canada.

​The wildfires in the western US continue to rage, with the blazes in California alone having burned down more than 3 million acres, damaged or destroyed more than 5,000 structures and taken at least 20 lives, according to the California Department of Forestry and Fire Protection.

Oregon has also been greatly impacted by the fires, with at least 10 people dead in the state and thousands of others displaced as a result. State officials confirmed Monday that 22 individuals were confirmed missing.

"Without question, our state has been pushed to its limits," Oregon Governor Kate Brown said at a news briefing Monday.

According to Oregon state data, approximately 1 million acres in the state have burned down, and at least 22 people are missing.

‘What a Fool’: Trump Stuns Netizens With 'It Will Cool Down' Remark Amid Devastating Wildfires

Wildfires, Hurricanes Show Extent of Ecological, Social Collapse in US

Over 1,000 National Guardsmen to be Deployed to Oregon to Help Battle Wildfires

'Doomsday' Wildfires in California, Elsewhere Will Get Far Worse If Trump Wins - Biden