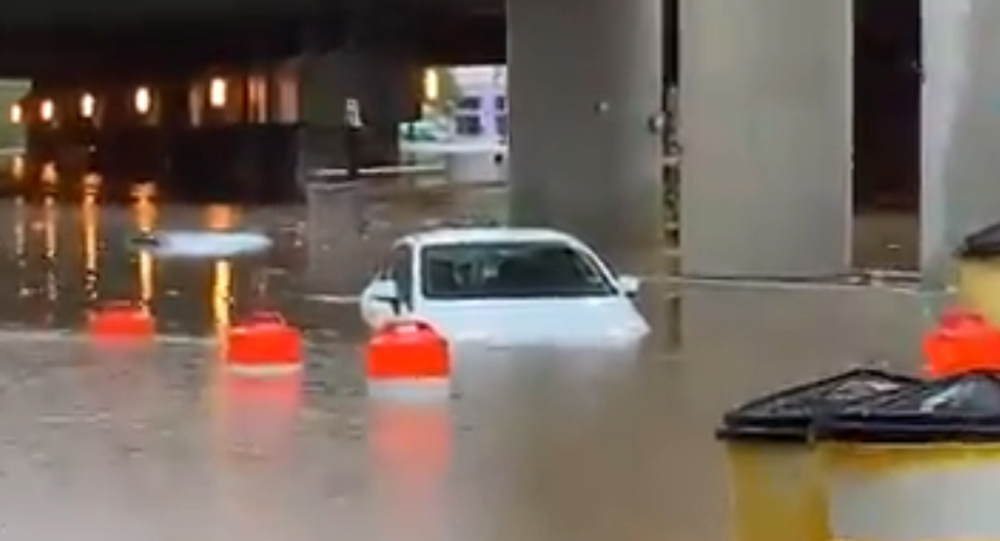 Photos of the White House basement flooded with water were shared on social media Thursday, as heavy rains fell on the Washington, DC, area.

In another tweet, Roberts shared a photo of a flooded hallway with the caption: “Time to start bailing...!!”

​Roads across the US capital are flooded, with flash flood watches currently in place until 8 p.m. local time.

According to the US National Weather Service (NWS), there are currently flash flood watches in effect for portions of Maryland, Virginia and Washington, DC.

​“Showers and thunderstorms will produce heavy rain across the area … Rainfall amounts will average one to three inches, with locally higher amounts possible,” the NWS warned on its website, adding that heavy rainfall may cause “rapid rises” of water in small creeks and streams, as well as flash flooding in areas with poor drainage.

The NWS also recorded heavy rainfall Thursday in southern Montgomery County and north-central Prince George’s County in Maryland, Virginia’s Arlington County and the northeastern part of the District of Columbia.

In addition, the NWS reported Thursday that automated rain gauges have shown that water levels are rising rapidly in the DC area and that while heavier rain has moved east, runoff will cause flash flooding.

Playful Pups Make the Most of Hurricane-Flooded Front Yard