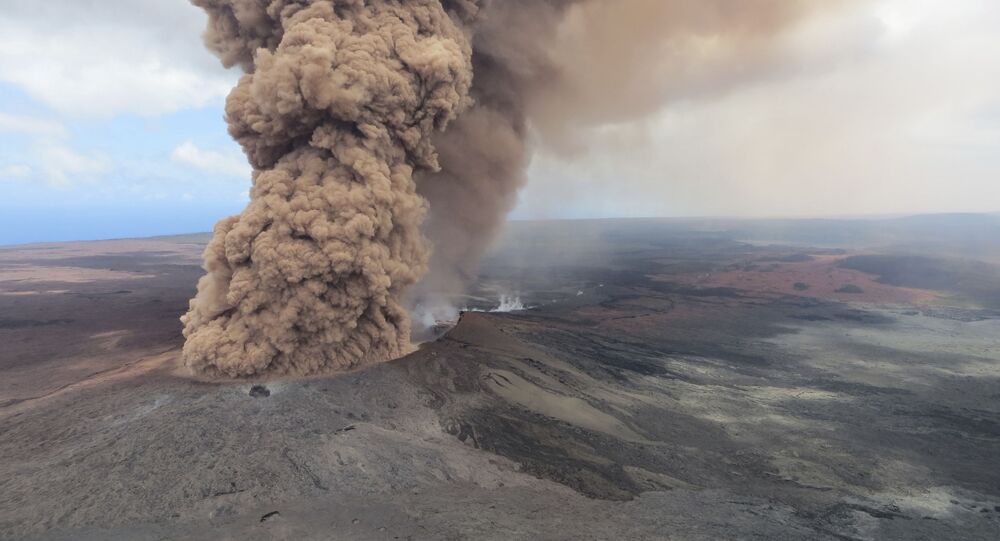 A lake the size of five football fields in Hawaii’s Kīlauea volcano is one of the world’s hottest bodies of water, according to a volcano alert issued by the United States Geological Survey (USGS).

​One factor that may be causing the Kīlauea lake’s extremely hot temperatures is “residual heat in the collapse rubble at the base of Halema‘uma‘u, from rock that was heated by the lava column prior to the 2018 collapse,” the USGS explains. The 2018 eruption of Kīlauea in Hawaii caused the volcano’s caldera to collapse.

“The nearby hot (at least 150 degrees Celsius-302 degrees Fahrenheit) gas vents (fumaroles) are another potential explanation for the high temperatures,” the USGS adds.

The lake’s temperature was estimated by unmanned aircraft system (UAS) flights in January. “The UAS carried a tiny thermal camera, and hovered just yards above the surface, where steam is much less of a problem,” the USGS wrote in its alert.

According to the USGS, thermal images from the past year also show that the temperature isn’t uniform across the lake’s surface and that there are hot spots in “several spots along the lake margin.” The lake’s center is usually the coolest area.

The USGS has been closely monitoring the lake’s temperature to identify any changes that may be precursors to explosions.

“Over the past year, Kīlauea's lake temperatures have stayed in the same range, and we do not yet see any significant or systematic change,” the agency concludes in its alert.

However, in a statement to NASA, Don Swanson, a volcanologist at the USGS’ Hawaiian Volcano Observatory, revealed that there is an increasing possibility of an eruption at Kīlauea.

“The next eruption could happen slowly and the water could evaporate. We do not want to be alarmist, but we also need to point out to the public that there is an increasing possibility of explosive eruptions at Kīlauea,” he noted.