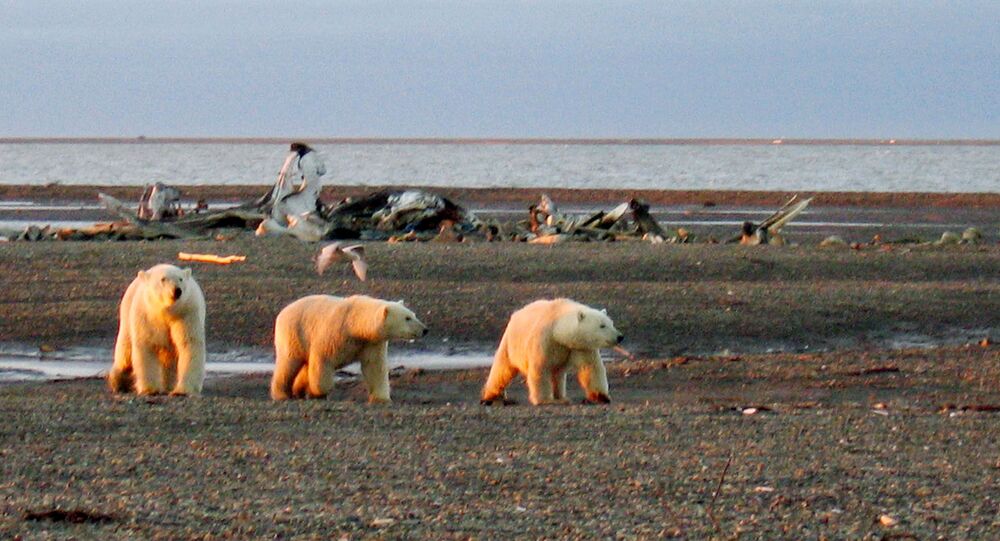 Oil and gas companies will soon begin bidding and drilling on 1.5 million acres of the once-protected Arctic National Wildlife Refuge (ANWR), northeastern Alaska’s 19-million-acre refuge that - until Monday - was free of commercial activity.

After wrapping necessary reviews to commercialize the ANWR, US Secretary of the Interior David Bernhardt revealed on August 17 that the first “lease sale” tied to the so-called 1002 area in the coastal plains could be finalized by “the end of the year,” according to the Wall Street Journal.

The 19-million-acre refuge has historically been home to Alaska Natives and various wildlife, such as caribou, polar bears and migrating birds. The federal preservation of the ANWR also has a long history, which began with the naming of the area as the “Arctic National Wildlife Range” by then-US President Dwight Eisenhower in 1960. Congress later moved to formally designate the area as a refuge in 1980.

While the 1002 area spans 1.5 million acres of the vast ANWR, Republican lawmakers have been increasingly interested in the prospect of oil in the coastal plains area. If their hopes are proven correct, the subsequent boom could rescue Alaska’s oil industry, which has declined since the late 1980s.

Bernhardt noted that his department was carrying out the wishes of a congressional mandate passed in 2017 - when both the Senate and House of Representatives were controlled by Republicans.

“I have a remarkable degree of confidence that this can be done in a way that is responsible, sustainable and environmentally benign.”

Critics - including 70% of American voters surveyed by the Yale Program on Climate Change Communication in 2017 - disagree.

“Our climate is in crisis, oil prices have cratered, and major banks are pulling out of Arctic financing right and left,” Adam Kolton, executive director at Alaska Wilderness League Action, expressed in a Monday news release responding to the government’s decision.

“And yet the Trump administration continues its race to liquidate our nation’s last great wilderness, putting at risk the indigenous peoples and iconic wildlife that depend on it.”

A September 2019 report released by the Department of the Interior (DOI) emphasized that while the “issuance of an oil and gas lease does not have any direct effects on the environment,” it does “grant the lessee certain rights to drill for and extract oil and gas subject to reasonable regulation.”

Within the 515-page document, the DOI’s Bureau of Land Management (BLM) laid out “reasonably foreseeable” effects of the leases and proposed a number of “leasing alternatives,” such as a potential one-month suspension of some heavy construction equipment activity during the calving season of the Central Arctic and Porcupine caribou herds.

United States Fish and Wildlife Service
Caribou graze on the coastal plain of the Arctic National Wildlife Refuge, with the Brooks Range as a backdrop.

The agency highlighted that heavy equipment used for drilling on existing production pads would still be allowed in that particular scenario.

Geoffrey L. Haskett, president of the National Wildlife Refuge Association, told the New York Times in 2018 that the lease auction would almost undoubtedly have a negative impact on the area’s environment.

“There’s going to be damage, going to be long-lasting effects from what they do,” said Haskett, who previously served as the US Fish and Wildlife Service’s Alaska regional director.

“I just can’t imagine that what we’re going to see is going to be adequate,” he said, speaking of the BLM’s assessment.

Despite the allowance provided by the DOI’s review, even the department itself openly admitted that the BLM’s review is not a firm guide on the potential environmental impact.

“The nature, abundance, and quality of the data often vary, depending on the action, the geographic region in which it occurs, and the environmental resources that may be affected,” it said, acknowledging “incomplete or unavailable information” in compliance with the law 40 CFR § 1502.22.

“Thousands of Alaskans are employed in our oil industry, and their livelihoods depend on the good-paying jobs created by our state’s reserves,” Sullivan argued. “Today, we are one step closer to securing a bright future for these Alaskans and their families.”

Speaking for Alaska Natives, Murkowski asserted they “know firsthand how responsible oil production can provide enormous economic and social benefits while having minimal impact on the environment.”

“As we approach the day where the first drilling rigs arrive and crude starts flowing, I will continue working with great excitement to ensure that Alaska is front and center as we blaze the trail toward American energy dominance,” Young said.

Study: North Pole Could Be Ice-Free in Summer Months Before 2050