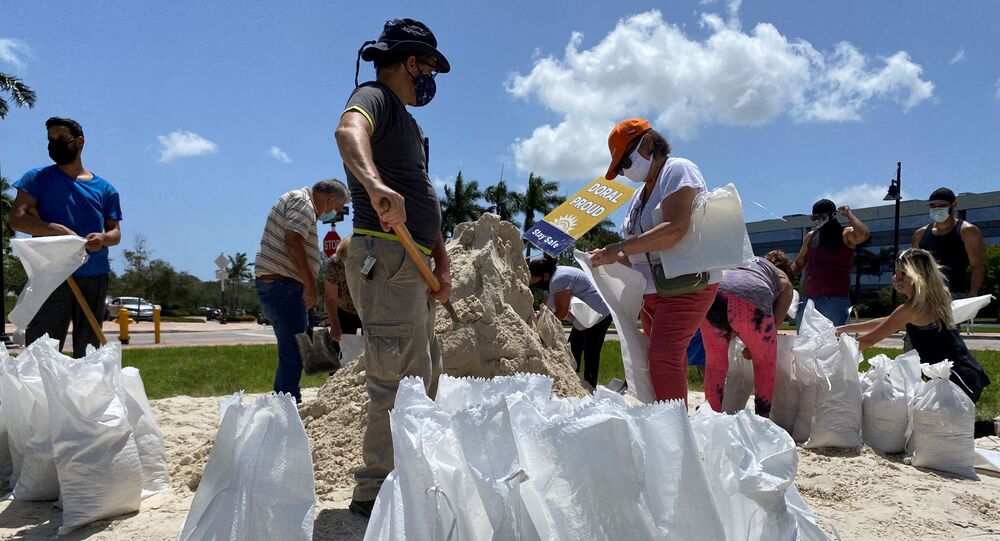 The US National Hurricane Center (NHC) on Friday issued a hurricane watch for parts of Florida’s eastern coast after Tropical Storm Isaias battered Haiti and the Dominican Republic and left hundreds of thousands of people without power in Puerto Rico on Thursday before strengthening into a hurricane that night.

Isasias, which was upgraded from a tropical storm to a Category 1 hurricane on Thursday night, hit the southernmost Bahamas with rain and wind on Friday morning.

Currently, the storm’s maximum sustained winds are near 75 mph. According to the NHC, strengthening of the hurricane is possible throughout the rest of Friday, and Isaias is predicted to remain a hurricane for the next few days. Hurricane-force winds are extending outward up to 35 miles from the center of the storm.

Florida Governor Ron DeSantis on Friday encouraged Floridians to closely monitor the path of the hurricane, which could bring heavy rains and strong winds to the east coast of the state in the next couple of days. He also declared a state of emergency for all counties along Florida’s east coast, from Miami-Dade to Nassau. The tropical threat comes as the Sunshine State continues to battle surging COVID-19 cases.

"While current projections have the eye of Isaias remaining at sea, the situation remains fluid and can change quickly," DeSantis said during a Friday news conference at the Florida Division of Emergency Management in Tallahassee, local outlet WPTV reported.

DeSantis also stated that all Florida nursing homes and assisted living facilities have working generators on-site, as the state government has purchased 50 generators in preparation for power outages.

According to the NHC, Isaias may hit the eastern Carolinas by early next week.

”This rain could result in isolated flash and urban flooding, especially in low-lying and poorly drained areas, as well as isolated minor river flooding,” the NHC warned Friday.

​On Thursday, Isais caused flooding and landslides across Puerto Rico and the Dominican Republic. According to Puerto Rico Governor Wanda Vázquez, more than 50 people had to seek shelter, the Associated Press reported. More than 400,000 customers faced power outages, and 150,000 were without running water. In addition, the National Guard rescued at least 35 people, including two newborns.