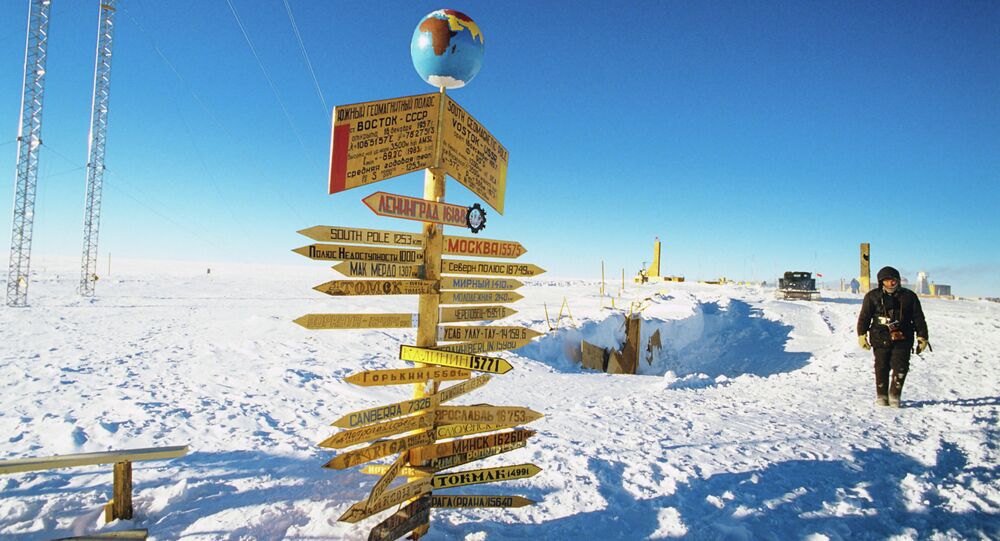 New research published on Monday in the journal Nature Climate Change has found that the South Pole is warming three times more rapidly than the rest of the world, thanks to a combination of both human-induced climate change and ocean temperature variability in the tropical Pacific.

The researchers came to their conclusion after analyzing data from the US Amundsen-Scott scientific research station at the South Pole.

The data analysis revealed that between 1989 and 2018, the South Pole has warmed by 1.8 degrees Celsius, working out to an increase of slightly more than 0.6 degrees Celsius per decade. More rapid changes in temperature were recorded starting in the 2000s.

In a report in the Guardian, the researchers note that one of the reasons behind the South Pole warming was “low-pressure systems and stormier weather east of the Antarctic Peninsula.”

The study also notes that 20% of year-to-year temperature changes at the South Pole were connected to ocean temperatures in the western tropical Pacific Ocean. Using a climate model experiment, the researchers concluded that ocean warming in that area creates an atmospheric wave pattern across the South Pacific to Antarctica.

“Our study shows this is no longer the case,” study author Kyle Clem told Earther.

“Also, due to the short length of the temperature records and sparse weather station observations across the Antarctic interior, we really don’t know much about this part of the planet. Here, we shed light that the Antarctic interior is susceptible to abrupt and extreme multi-decadal climate swings,” Clem added.