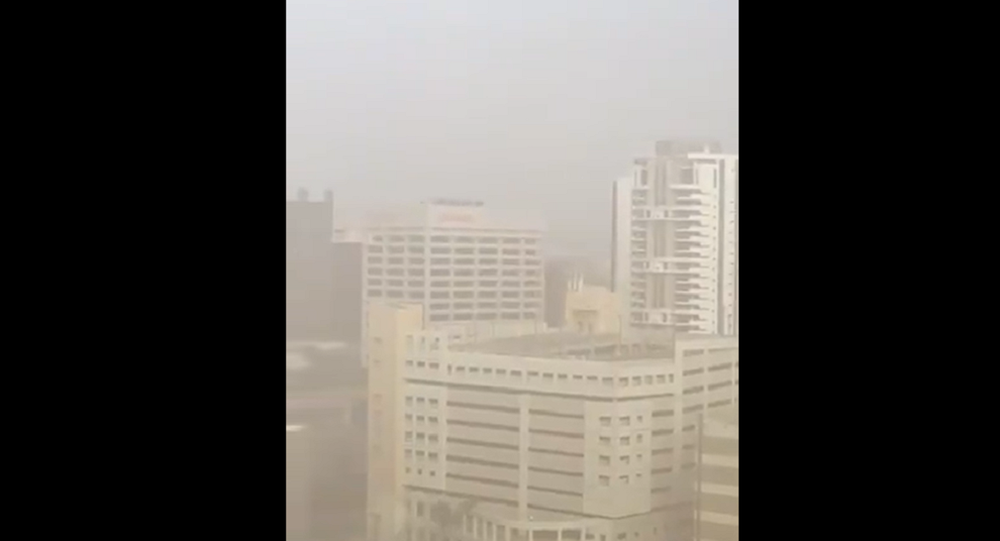 An enormous dust cloud is traveling from the Sahara desert across the Atlantic Ocean and may soon hit parts of the United States, according to scientists with the US National Ocean and Atmospheric Administration (NOAA).

The large plume, which has been dubbed the “Godzilla dust cloud,” is currently covering the Caribbean and is expected to blanket parts of the US later this week, the Associated Press reported.

​On Sunday, the NOAA confirmed on Twitter that the dust had reached the eastern Caribbean Sea and would spread westward.

In addition, the NOAA confirmed that another dust plume branching from the cloud is covering the east Atlantic region. Meteorologists predict that the cloud will hit the Texas coast on Thursday and will blanket the entire Gulf Coast by next weekend.

Experts have warned that the cloud may cause hazardous air conditions and have warned people along the Gulf coast to stay indoors and use air filters.

“This is the most significant event in the past 50 years,” Pablo Méndez Lázaro, an environmental health specialist with the University of Puerto Rico, told Weather.com. “Conditions are dangerous in many Caribbean islands.”

According to AP, the international airport in San Juan, Puerto Rico, was reporting just 5 miles of visibility over the weekend due to the dust.

Some specialists are worried that the dust concentration may be especially detrimental for those battling COVID-19 and already suffering from respiratory symptoms.

Although this dust cloud is larger than normal, it’s not uncommon for dust to travel from the Sahara to the Gulf Coast during the summer months. The dust is typically transported by Trade Winds, which are the east-to-west prevailing winds that move in the Earth’s equatorial region.

"It keeps a lid on the atmosphere and brings dry air into anything that may try to develop, which is very detrimental for tropical development which relies on warm, moist air," AccuWeather Senior Meteorologist Alan Reppert said, commenting on the dust plume.

According to the NOAA, the dust cloud is also referred to as the Saharan Air Layer and typically occupies a “2 to 2.5-mile-thick layer of the atmosphere with the base starting about 1 mile above the surface.”

“The warmth, dryness, and strong winds associated with the Saharan Air Layer have been shown to suppress tropical cyclone formation and intensification,” the NOAA explains on its website.

Seriously, 2020, You Have to Stop! Black Dust Rain Spotted in Russia