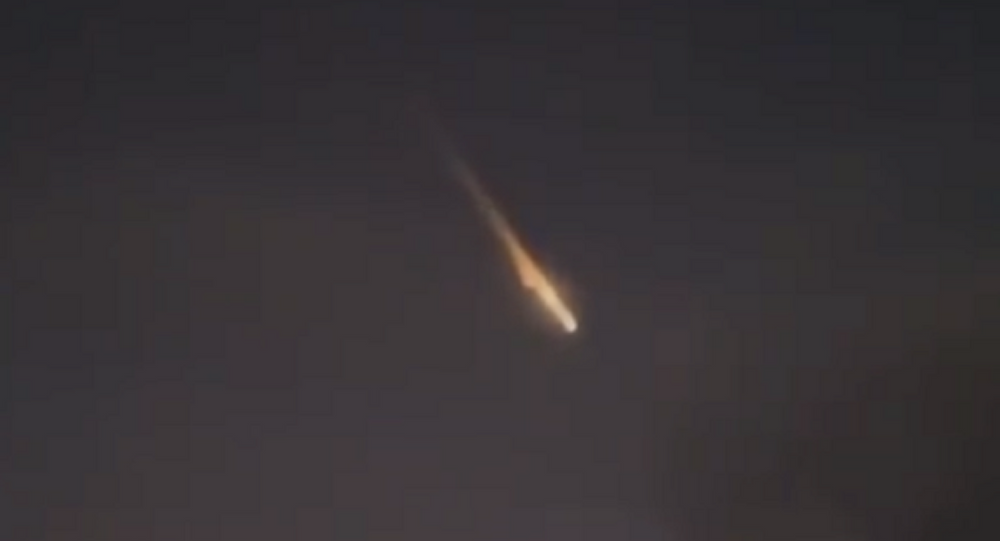 A flying object, believed to be space junk, was spotted some time Friday over central Victoria, a state in southeastern Australia.

The bright object was seen in the Australian city of Bendigo, moving east in the direction of Daylesford. The object was also spotted from parts of northern Tasmania, an island state of Australia.

​According to the Astronomical Society of Victoria, the object was most likely a remnant of a rocket that was used to launch a Russian satellite into orbit.

Military personnel in “Northern Russia launched a Soyuz-2 rocket on May 22, 2020,” the website Russianspaceweb.com reported.

​"What gives it away as being a space junk [rather than a meteor or comet] is that it’s come in at a very shallow angle, so that means it world have been a very low Earth orbit and just re-entered the atmosphere and started burning because of friction," Perry Vlahos, vice president of the Astronomical Society of Victoria, told The Age.

Jonti Horner, a professor of astrophysics at the University of Southern Queensland, agreed that the object was most likely space junk.

"The slow speed, about 6 kilometers per second, is a very telltale sign that it is space junk," he told the Australian Broadcasting Corporation.

Comet or asteroid fragments would move much faster, he added, also noting that the space junk would most likely burn up in the atmosphere.