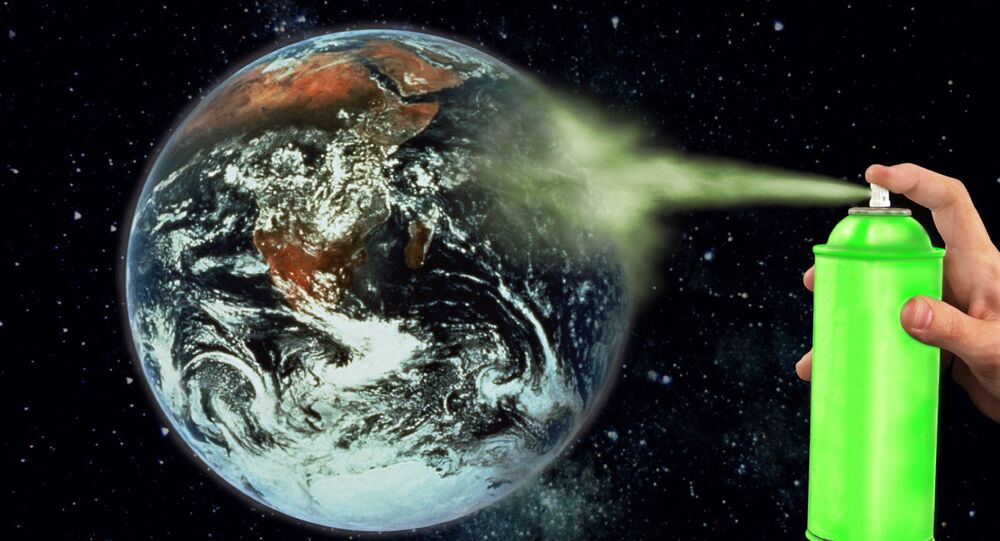 ‘Back to Normal Again’: Largest Ever Ozone Hole Above Arctic Has Closed

In a statement Friday, the UN World Meteorological Organization (WMO) revealed that the largest ozone layer hole ever recorded above the Arctic has now closed.

Ozone levels above the Arctic reached their lowest point since 2011 back in March, due to ozone-depleting substances lingering in the atmosphere and a cold winter and intense polar vortex in the stratosphere, according to WMO spokesperson Clare Nullis.

"These two factors combined to give a very high level of depletion which was worse than we saw in 2011. It's now back to normal again ... the ozone hole has closed,” Nullis said during a UN briefing in Geneva, Switzerland.

However, when asked whether the ozone layer hole had closed due to COVID-19 pandemic-related restrictions on business and travel, which have decreased air pollution, Nullis revealed that the phenomenon was “completely unrelated to COVID.”

"Actually, COVID19 and the associated lockdowns probably had nothing to do with this," a Sunday Twitter post by the Copernicus Atmospheric Monitoring Service reads. "It's been driven by an unusually strong and long-lived polar vortex, and isn't related to air quality changes."

​Ozone depletion in the upper atmosphere is caused by substances known as chlorofluorocarbons (CFCs), which are made of of carbon, chlorine and fluorine molecules and are typically found in aerosol sprays, blowing agents for foams and packing materials, solvents and refrigerants.

The Montreal Protocol of September 1987, which has been signed by 197 countries, including Canada, the US and China, is an international treaty intended to protect the ozone layer by banning CFCs.