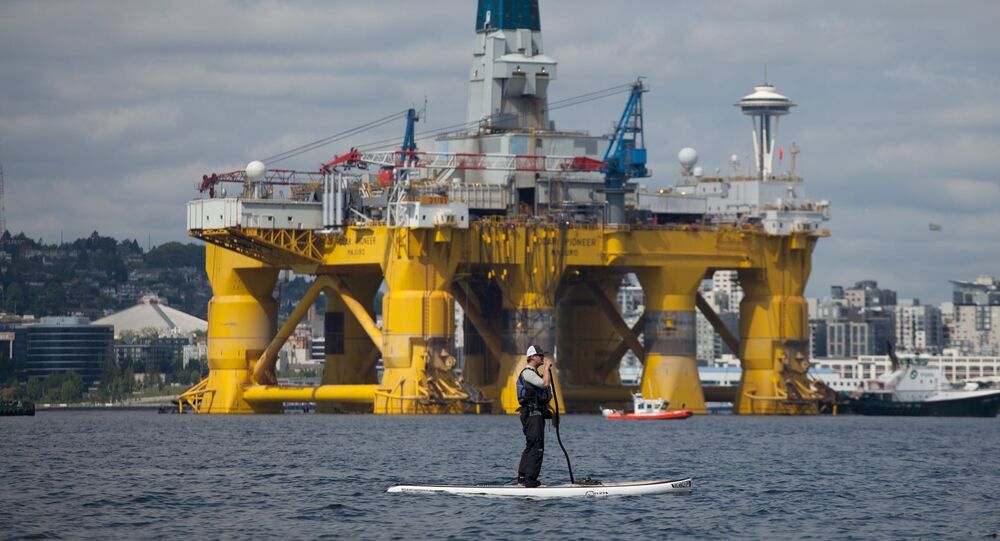 MOSCOW (Sputnik) - Royal Dutch Shell has joined the list of energy giants who announced a net-zero emissions ambition by 2050.

According to the Shell press service, later on Thursday, investors will receive an update on the company's plans that include the ambition to be net-zero on all the emissions from the manufacture of all products by 2050 at the latest; to reduce the net carbon footprint of all energy products by 65 percent by 2050; to pivot toward serving businesses and sectors that will also reach the net-zero emission level by 2050.

"Society's expectations have shifted quickly in the debate around climate change. Shell now needs to go further with our own ambitions, which is why we aim to be a net-zero emissions energy business by 2050 or sooner. Society, and our customers, expect nothing less," the company's CEO, Ben van Beurden, said as quoted in the press release.

In February, oil giant BP announced an ambition to become a net-zero emissions company by 2050 or sooner and became the first company among energy giants to make such a pledge.

Nearly 180 companies across the world, employing nearly six million people and headquartered in 36 countries, have announced their intention to significantly reduce greenhouse gas emissions as part of efforts to fight against climate change. The decision was announced at the UN Climate Change Conference (COP25) in Madrid in December.