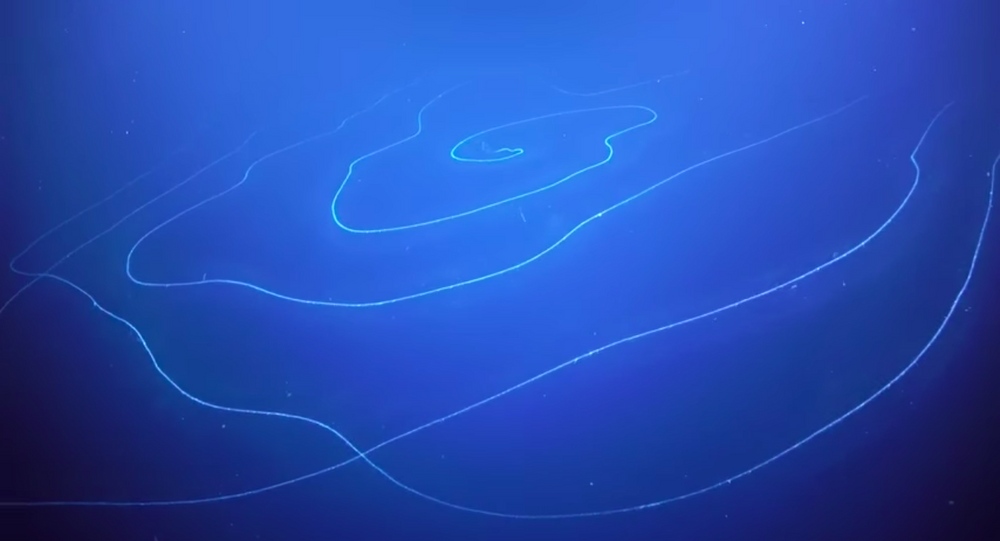 Siphonophores are marine organisms that are actually gelatinous strings that can grow to 100 feet long. According to the Monterey Bay Aquarium Research Institute, siphonophores feed on tiny fish and copepods, and even other siphonophores.

A group of researches have found what they believe is the longest organism ever recorded - a giant siphonophore of the genus Apolemia, Science reported.

The discovery was made while the scientists were exploring the Ningaloo Canyons off the coast of Western Australia with the SuBastian underwater robot.

Siphonophores are gelatinous strings that can grow to 100 feet long. They feed on tiny crustaceans and even other siphonophores, the Monterey Bay Aquarium Research Institute says.

The scientists also observed about 30 new species, including a bioluminescent octopus squid, a long-tailed sea cucumber, and several species of molluscs.

These discoveries will broaden the knowledge of the deep ocean, the researchers believe.