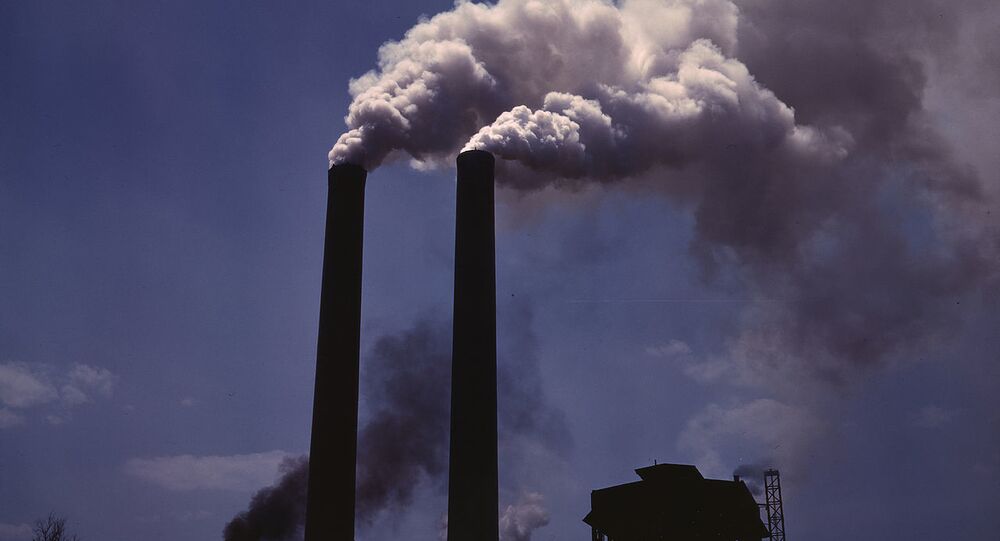 Over the past few weeks, there has been a substantial reduction in air pollution over metropolitan parts of the Northeast United States, as communities across the country are under strict lockdown measures amid the COVID-19 pandemic.

According to a Thursday news release by NASA, the average concentrations of atmospheric nitrogen dioxide in March 2020 in the Northeast US are the lowest of any March measured since 2005. The nitrogen dioxide concentrations are measured by the Ozone Monitoring Instrument (OMI) on Aura, the US space agency’s multinational research satellite in orbit around the Earth, studying the planet’s air quality and climate.

“Though variations in weather from year to year cause variations in the monthly means for individual years, March 2020 shows the lowest monthly atmospheric nitrogen dioxide levels of any March during the OMI data record, which spans 2005 to the present. In fact, the data indicate that the nitrogen dioxide levels in March 2020 are about 30% lower on average across the region of the I-95 corridor from Washington, DC, to Boston than when compared to the March mean of 2015-19,” the NASA release explains.

“Further analysis will be required to rigorously quantify the amount of the change in nitrogen dioxide levels associated with changes in emissions versus natural variations in weather,” the release adds.

According to the US Environmental Protection Agency (EPA), nitrogen dioxide is primarily released into the air through the burning of fuel in cars, trucks, buses, power plants and off-road equipment.

Despite the fact that the lockdown measures have contributed to declining nitrogen dioxide emissions, it’s safe to assume that once life resumes as normal following the pandemic, pollution levels will once again increase.

In a statement to CNBC, Peter Gleick, a climate scientist and founder of the Pacific Institute in Berkeley, California, stressed the importance of curbing greenhouse gas emissions and other pollution under regular conditions.

“As for the environmental benefits we see from the slowdown of day-to-day life and economic activity in terms of improving air quality and other slight benefits, it’s a good sign that our ecosystems are somewhat resilient if we don’t completely destroy them,” Gleick explained.

“But it would be nice if we could improve our environment without having to cripple our economy,” he added.