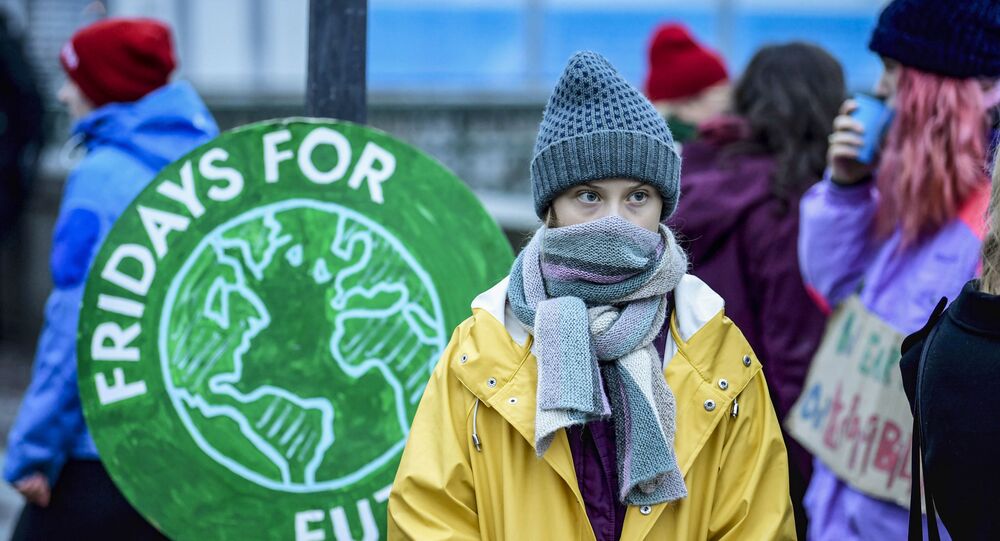 The teenage climate activist has been walking away from school to strike every Friday since August 2018, with only a few exceptions.

Seventeen-year-old climate activist Greta Thunberg has ended her trademark school strikes that propelled her to international stardom until further notice.

In a social media post, she encouraged her numerous followers to listen to medical professionals, "unite behind the science", and avoid crowds to "flatten the curve" and stop the spread of the coronavirus.

“We young people are the least affected by this virus, but it’s essential that we act in solidarity with the most vulnerable and that we act in the best interest of our common society”, Thunberg wrote, urging her followship to “keep your numbers low but your spirits high”.

‪We can’t solve a crisis without treating it as a crisis and we must unite behind experts and science.‬ This of course goes for all crises. Now the experts urge us to avoid big public gatherings for a better chance to #flattenthecurve and slow the spreading of the Coronavirus. ‪So I personally recommend that we do as the experts say. Especially in high-risk areas.‬ We young people are the least affected by this virus but it’s essential that we act in solidarity with the most vulnerable and that we act in the best interest of our common society. ‪The climate and ecological crisis is the biggest crisis humanity has ever faced but for now (of course depending on where you live) we’ll have to find new ways to create public awareness & advocate for change that don’t involve too big crowds - listen to local authorities. ‪So keep your numbers low but your spirits high and let’s take one week at the time.‬ You can join the #DigitalStrike for upcoming Fridays- post a photo of you striking with a sign and use the hashtag #ClimateStrikeOnline ! #fridaysforfuture #climatestrike #schoolstrike4climate

Greta Thunberg has been striking every Friday since August 2018, with a few exceptions. The movement Fridays for Future she spearheads has grown rapidly and featured huge gatherings around the world, involving thousands of participants.

Earlier this week, though, Thunberg cancelled the upcoming Friday strike for “family reasons”. Now, the teenage activist has announced a pause in the protest activities over the coronavirus outbreak. Instead, she called on her followers to find new ways of creating awareness about the climate crisis, such as launching a digital version of the strike. By taking a photograph with a strike poster and using a corresponding hashtag, anyone can join the climate action without any risk of spreading the infection.

“We have created a lot of awareness in people. I think many people knew about the climate threat when we started, but now it is on a completely different level”, Isabelle Axelsson, organiser of Fridays for Future in Stockholm, told the newspaper Expressen.

Greta Thunberg shot to fame owing to her solo protests against the human impact on the environment in front of the Swedish Parliament. Since becoming a media darling and a climate guru of sorts, she has been rubbing shoulders with celebrities and powers that be, including former US President Barack Obama, the pope and a plethora of EU politicians, repeatedly lecturing the higher-ups on their failure to effectuate drastic climate measures.

Thunberg's incessant activism, which many see as doomsaying, has also earned her a tonne of awards and accolades, including the Right Livelihood award, which is sometimes referred to as the “alternative Nobel”, and several “woman of the year” awards, despite only being a teenager.

The coronavirus epidemic, recently upgraded to a pandemic by the World Health Organisation, includes over 118,000 cases in 114 countries. Since originating in the Chinese province of Hubei, it has spilled well beyond its borders, killing over 4,600. Still, over 68,000 infected have effectively recovered from the disease. Italy, Iran, South Korea, and France are the hardest-hit nations outside of China.