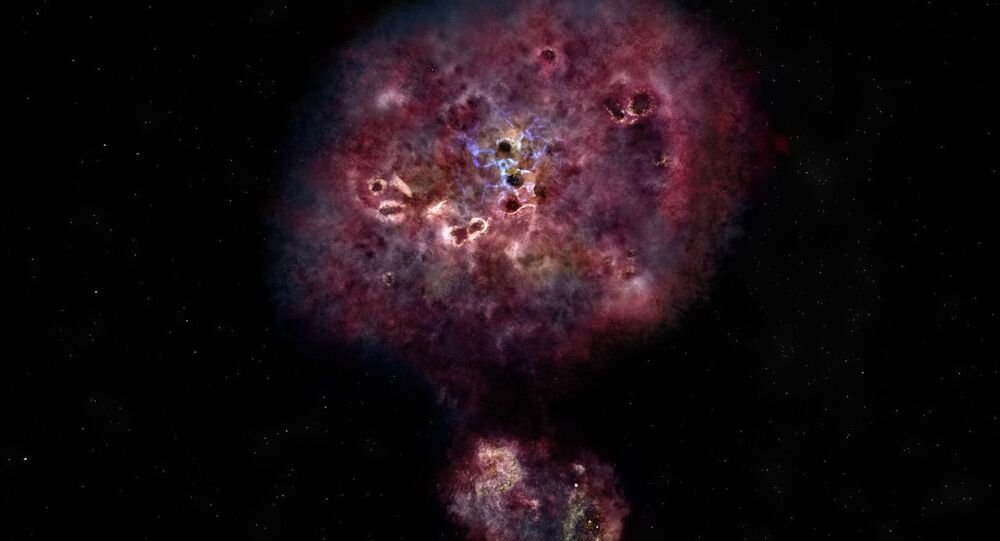 The researchers recently published their findings of almost 3,000 candidate stars in The Astrophysical Journal. NGC 6822 is a galaxy located about 1.6 million light-years away from Earth in the constellation Sagittarius. According to Phys.org, the galaxy’s “active star-formation characteristics make it an important analog to the active galaxies in the universe at the epoch of peak star formation.”

The astronomers, led by Alec Hirschauer of the Space Telescope Science Institute in Baltimore, Maryland, used the UKIRT and Spitzer telescope to find dusty and evolved stars in the galaxy. Astronomy.com notes that dusty stars are surrounded by small particles of matter, or cosmic dust. Evolved stars are defined as being fully developed celestial bodies that have reached the near ends of their lifetimes.

Using near and mid-infrared photometry, which is a technique to measure the intensity of light radiated by astronomical objects, the astronomers identified dust-producing, evolved stars such as red supergiants (RSG) and thermally-pulsing asymptotic giant branch (TP-AGB) stars.

"In this study, we have combined near- and mid-IR photometric data from Sibbons et al. (2012) and Khan et al. (2015) of the nearby, metal-poor dwarf star-forming galaxy NGC 6822 to produce a catalog useful for characterization of dusty and evolved stars," the researchers wrote in the paper, referring to data from two other studies.

The study found 2,902 dusty and evolved candidate stars in NGC 8822. Out of all the stars, 1,292 were RSGs, 1,050 were oxygen-rich AGB stars, and 560 were carbon-rich AGB stars. The researchers also identified 277 young stellar object (YSO) candidates, which are stars at the early stage of evolution.

In addition, a high number of YSO candidates were found in a star-formation region of the galaxy that was designated Spitzer 1.

The researchers concluded that because Spitzer 1 appeared to be younger and more active than other parts of NGC 6822, it may be a super star cluster, which eventually turns into a globular cluster or collection of stars orbiting a galactic core.

The researchers also noted that future observations of the galaxy could help identify more stars.