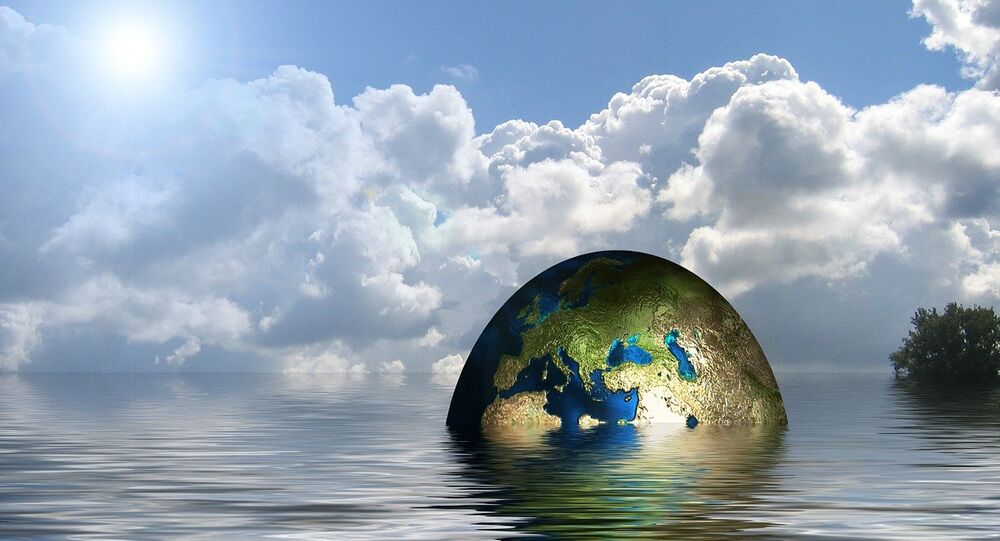 A new study published Monday in the journal Nature Climate Change found that “ambient trends in shoreline dynamics” and “coastal recession driven by sea level rise” could almost wipe out half of the world’s beaches by the end of the century.

According to the study, even if moderate greenhouse gas emission mitigation occurs, more than a third of the planet’s shorelines could disappear by the end of century, greatly damaging coastal tourism industries in many countries.

"Apart from tourism, sandy beaches often act as the first line of defense from coastal storms and flooding, and without them impacts of extreme weather events will probably be higher," lead author Michalis Vousdoukas, who is also a researcher at the European Commission's Joint Research Center, told AFP. "We have to prepare.”

The study found that Mexico, China, Russia, Argentina, India, Brazil, Canada, Chile and the US would be affected greatly by shoreline recession due to sea level rise, storm surges from hurricanes and typhoons and decreased sediment from dammed rivers. Australia would be affected the most, with researchers estimating that around 9,000 miles of Australian coastline could disappear over the next 80 years.

To determine how fast the beaches could be wiped out, the researchers used three decades of satellite imagery to estimate future erosion under two climate change scenarios. Under the “worst case” scenario, in which greenhouse gas emissions continue without restriction either through human activities or through environmental factors such as permafrost melting, the world could lose as much as 50% - or 132,000 kilometers - of its sandy beaches.

In the less dire situation, in which global temperatures don’t increase by more than 3 degrees Celsius, around 95,000 kilometers of coastline could disappear by the end of the century.

The study also calls for the “design and implementation of effective adaptive measures” to prevent shoreline erosion.

"The study's linkage of global coastal degradation to [fossil fuel] combustion is a landmark advance," Jeffrey Kargel, a senior scientist at the Planetary Research Institute in Tucson, Arizona, who was not part of the study, told Phys.org. Kargel also noted that coastal erosion in parts of South Asia “is expected to be extremely rapid.”

A report published by the National Security, Military and Intelligence Panel of the Center of Climate and Security on Monday also found that climate change could pose grave threats to “security environments, infrastructure and institutions” if global greenhouse gas emissions continue to rise.

The report found that “even at scenarios of low warming, each region of the world will face severe risks to national and global security in the next three decades.”

“Higher levels of warming will pose catastrophic, and likely irreversible, global security risks over the course of the 21st century,” the report added, noting that such risks include destabilization of countries’ economies, regional inequality, negative effects on civil and military infrastructure and “ethno-nationalist responses” and conflicts over water resources.