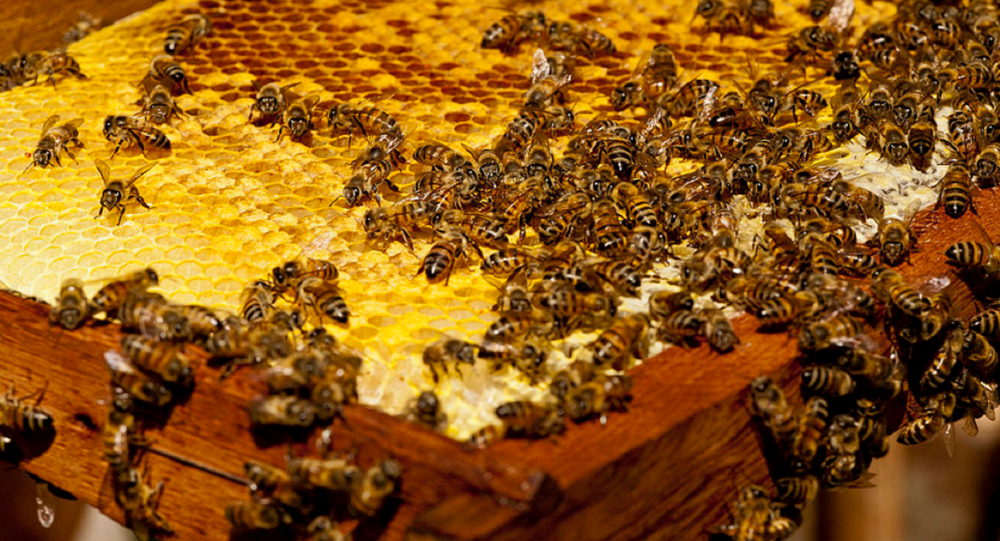 A swarm of 40,000 bees attacked firefighters and police officers in Pasadena, California, Thursday afternoon after they arrived at the scene to respond to the influx of bees outside the Howard Johnson Hotel.

“We have firefighters who have been working here for many, many years, and they said this is by far the most bees they’ve seen at one location,” Lisa Derderian, a spokesperson for the Pasadena Fire Department, told the Los Angeles Times.

At least five people - two firefighters, one police officer and two civilians - were hospitalized after being stung by the bees. All five individuals were released from the hospital on Thursday.

​Derderian also said that officials discovered around 6 feet of honeycomb on the top story of the Howard Johnson Hotel.

Dave Williams, a beekeeper with the Los Angeles County Beekeepers Association, helped the firefighters contain the insects by spraying carbon dioxide and foam into the honeycomb.

​However, according to Derderian, a professional service may need to remove the hive, which is likely still within the hotel’s walls.

“Something set them off, some activity, noise, vibration... it’s hard to tell what,” Williams told the Los Angeles Times, also noting that the colony may have included Africanized bees.

The Africanized honey bee, commonly known as the “killer bee,” was first found in Brazil in the 1950s before quickly spreading through central and South America. The species first arrived in North America in 1985. The bees are more defensive than other bee species and are even known to chase people for more than a quarter of a mile once they perceive a threat, Pest World explains on its website.