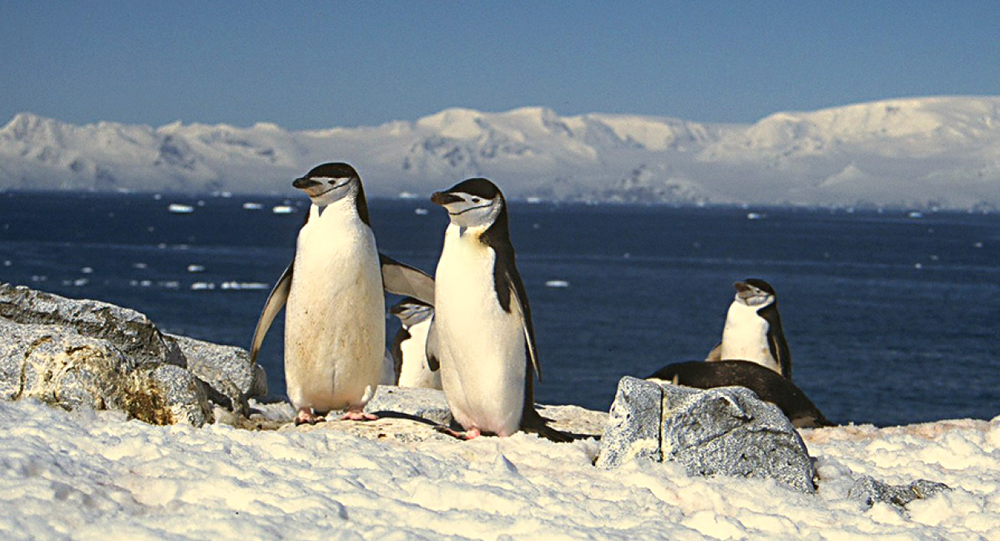 A recent expedition to Antarctica has made an alarming discovery: the number of chinstrap penguins is declining drastically, with some colonies seeing a 77% reduction in size since they were last observed in 1971.

Independent researchers on a trip funded by the environmental group Greenpeace visited colonies of Antarctic penguins, including the chinstrap penguin, which ranges across the southern seas. However, the scientists found that the birds’ numbers have declined significantly since they were last observed some 50 years ago, with just 52,786 breeding pairs counted. On a 1971 British Joint Services expedition to study the remote breeding grounds on Elephant Island, researchers found 122,550 breeding pairs.

“Such significant declines suggest that the Southern Ocean’s ecosystem is fundamentally changed from 50 years ago, and that the impacts of this are rippling up the food web to species like chinstrap penguins,” Dr. Heather J. Lynch, associate professor of ecology and evolution at Stony Brook University, one of the expedition’s leads, said in a Greenpeace news release on Tuesday.

“While several factors may have a role to play, all the evidence we have points to climate change as being responsible for the changes we are seeing,” she said.

Dyan deNapoli, author of The Great Penguin Rescue, told Al Jazeera, "Penguins are an indicator species - the canaries in the coal mine for the ocean, if you will.”

"The dramatic decline we're seeing in their numbers is an indication that the overall health of the ecosystem they inhabit is also in decline. More simply stated, if penguins are dying, it means our oceans are dying. Which ultimately will impact other species, including humans,” explained deNapoli, who is sometimes known as “The Penguin Lady.”

A study published in January 2019 in the journal Nature Climate Change found that warming oceans were having an adverse impact on krill, the tiny crustaceans that form most of the chinstrap penguin’s diet.

In that study, an international team of researchers found the geographic center of krill populations in the southern ocean had moved about 4 degrees further south toward Antarctica in the last 40 years.

Frida Bengtsson of Greenpeace’s Protect the Oceans campaign said in the Tuesday news release, “As wildlife struggles, we urgently need sanctuaries free from harmful human activity not only in the Antarctic, but across the world’s oceans, so marine life like penguins have the space to recover from human activity and adapt to our rapidly changing climate. To do that, it’s imperative that governments agree on a Global Ocean Treaty this year.”

Another study that focused on Antarctica’s Thwaites Glacier reported an alarming increase in warmer ocean water beneath the gigantic ice sheet, signaling it is melting faster than previously believed.

Eric Rignot, a professor of Earth system science at the University of California Irvine who worked on the project, told Sputnik earlier this month that if the glacier melts completely, it has the capacity to trigger a 10-foot rise in sea levels, earning it the nickname “the doomsday glacier.”

“I am personally convinced that even zeroing our carbon emissions will not be sufficient for that. We will have to develop technology to sequester some of the carbon released in the atmosphere so that we can go back to some cooler climate conditions in the Antarctic, and that is going to take some time,” Rignot told Radio Sputnik’s Loud and Clear.

“If we take the effort to do that now, and it may take a few decades, it may take another few decades for the climate to react. So, it’s important to start planning and doing this now if we want to avoid some catastrophic future, 40, 50, 60 years from now.”