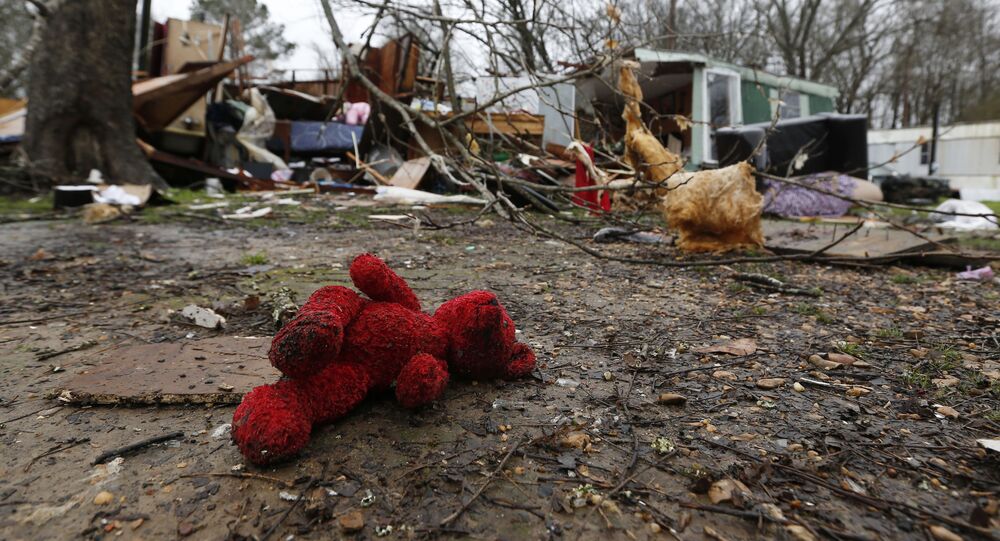 Severe storms are pounding several states across the Southern and Southeastern US, forcing many residents to seek shelter as tornado warnings have taken effect Thursday.

"There is an active tornado warning in Charlotte right now," Charlotte Mayor Vi Lyles tweeted Thursday. “Please be safe, stay inside and stay away from windows. Take shelter if you are outside. Safety of all Charlotteans is our #1 priority."

​More than 20,000 residents from Mississippi to the Florida Panhandle did not have power between Wednesday night and Thursday morning, and strong wind and hail moved across the Deep South, AccuWeather reported. According to Weather.com, at least a dozen possible tornadoes have been reported in Alabama, Mississippi and Georgia.

Many roads in South Carolina’s Spartanburg and Greenville counties were flooded after continuous rainfall overnight, as were several streets in Knoxville, Tennessee.

​"Ample moisture from the Gulf of Mexico fueled these storms, causing flash flooding to occur in many spots due to heavy rainfall," AccuWeather Meteorologist Isaac Longley is quoted as saying. "In addition to flooding, many storms produced damaging wind gusts and even a few possible tornadoes, which brought down trees and resulted in structural damage across the states of Mississippi, Alabama and Tennessee."

​Several school districts across Alabama have canceled classes Thursday. In Kentucky, states of emergency were announced in Bell and Harlan counties, and more than a dozen people sought refuge in the Harlan Baptist Church after being evacuated from their flooded homes.

​The NWS on Thursday also confirmed one storm-related death in Marengo County, Alabama. Although details are scarce, the victim is believed to have been killed during a thunderstorm as high winds hit mobile homes near Demopolis. The Associated Press has also reported that one person was injured at a hotel construction site in New Orleans, Louisiana, as strong winds struck down scaffolding at the site.

According to Longley, some parts of the South and up into Maryland could experience between 3 and 5 inches of rain into Friday.

Three Reportedly Dead as Tornadoes Tear Through US Southeast – Video