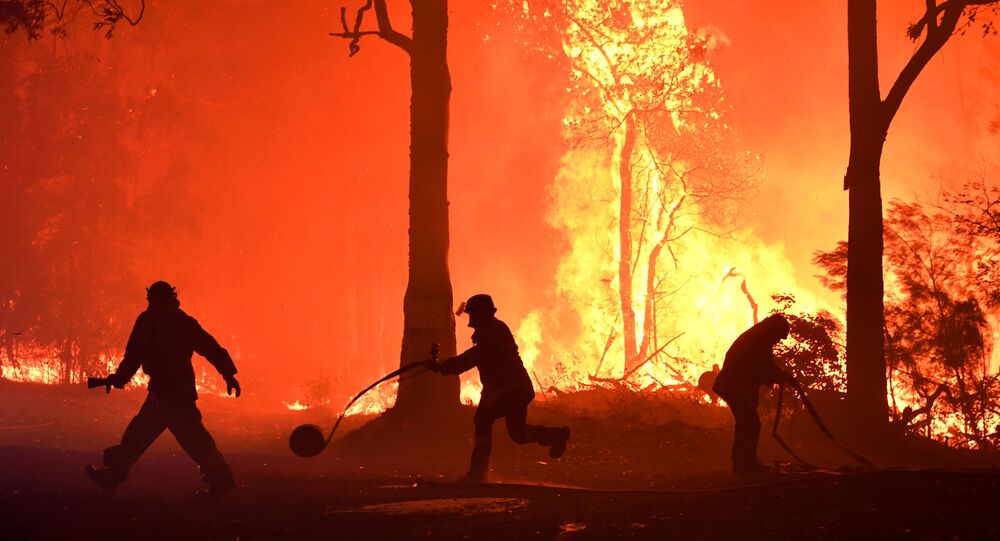 Australian officials on Tuesday warned the country’s central and eastern states to brace themselves for increased temperatures and strong winds in the next week, following more than a week of cooler and damper weather in Victoria, New South Wales and Queensland.

“Unfortunately, the reprieve may be short-lived with a blast of heat likely late this week in some areas,” the New South Wales Bureau of Meteorology tweeted on Sunday.

​At least 58 fires were burning throughout New South Wales as of Monday, 28 of which were not yet contained. More than 100 fires are still burning throughout Australia, and temperatures in the capital city of Canberra are expected to soar above 100 degrees Fahrenheit starting Thursday, the Weather Channel reported.

The New South Wales Rural Fire Service also warned people via Twitter on Monday to prepare for “worsening conditions,” especially in the “central and south east of the state.”

​In addition, a massive wildfire began Tuesday in the Namadgi National Park, about 40 kilometers southwest of Canberra. The blaze, which has spread over 8,000 hectares, is believed to have been started from the heat emanating from a transport helicopter’s landing light, according to authorities, reported the Sydney Morning Herald.

"It is deeply regrettable that our support operations have likely started this fire," the Australian Department of Defence is quoted as saying, according to multiple sources.

"Defence has taken immediate action to reduce the risk of fires being started by helicopters, including not using certain aircraft lighting in extreme weather conditions."

Australia has recently seen its worst bushfire season in decades, with large parts of the country affected since it began in late July. At least 28 people have died nationwide, and over 1 billion mammals, birds and reptiles are estimated to have perished.