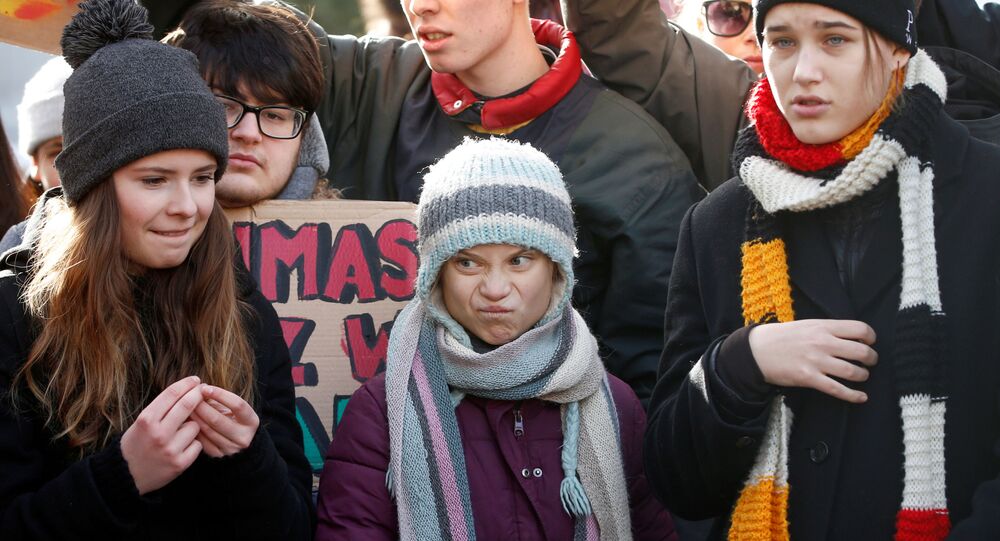 Greta Thunberg, a frail schoolgirl activist, has become a poster child for the green movement, sparking rumours about massive support machinery running behind her.

Among other things, Bexte wanted to ask Greta questions about the PR expert, environmentalist, and entrepreneur Ingmar Rentzhog, who is seen as instrumental to Thunberg's meteoric rise from virtually unknown teenage girl to international stardom.

However, when Bexte tried to reach Greta to ask questions, he faced brutal treatment from Thunberg's Swedish bodyguards, by his own account. They demanded that Bexte produced an ID and claimed that it was illegal for him to be on the scene.

When Bexte stayed and continued to ask Greta questions, the bodyguards did not hesitate to apply physical force. Two of them reportedly punched Bexte several times and one of them hit him in the stomach. The attack was captured on film and featured in Rebel News' recent documentary.

We had only spoken once prior to this. Even though I was on the other side of the world, wearing a parka, and we hadn't spoken in months- Greta hadn't been asked a tough question since last seeing me. Greta recognized me because I ask tough questions. SAD. https://t.co/LWfXy2g9oj pic.twitter.com/oJeYpSndCM

​“I flew to Stockholm, Sweden, to watch Greta’s so-called 'school strikes' for myself, because I don’t trust the mainstream media narrative that she is the guardian of her own agenda”, Bexte said. “But within minutes of appearing at one of Greta’s marches, as I tried to ask her some questions about her protest movement, I was punched in the gut and shoved away by a plain-clothed security guard – in fact, two of them threatened me and told me to 'f**k off!'", he continued. “After that, I knew I was on to something”, he concluded his account.

According to Bexte, Greta Thunberg's rise to celebrity status is not haphazard.

“Her canonization as a climate saint was coordinated and executed by a cabal of left-wing eco-elites – including her parents and their famous friends”, he wrote.

NEW: @GretaThunberg has elite security following her at home and on her intercontinental field trip. Kids were trained to act as a hidden security screen for the Climate Crusader. In Stockholm, well, lets just say they weren't kids pushing me around
WATCH: https://t.co/LWfXy2g9oj pic.twitter.com/p25sJc29zf

© REUTERS / CARLO ALLEGRI
The Other Side of Greta Thunberg's Phenomenon: Genius Green Activist or Incompetent Climatologist?
Rentzhog, the founder of green social network start-up We Don’t Have Time, admittedly helped Greta's rise to international fame by releasing a video after allegedly stumbling upon her “by chance” during her climate strike outside the house of parliament in Stockholm. Later, he backtracked on this story as it was revealed that he already knew her parents from before. Subsequently, he was accused of “eco-profiteering” for using Greta's name in promotional materials without her consent. Still, We Don't Have Time, continues to promote her work.

Greta Thunberg, a 17-year-old teen with a 4-million-strong followship on Twitter, won numerous awards for her incessant activism and calls for fellow schoolchildren to strike in order to provoke more forceful climate action from the authorities. She insists on being “completely independent” and writing her speeches herself, which many have doubted – not least given her diagnosis of Asperger's and autism, as well as a medical record that includes eating disorders and depression.

'Go Back to School Kid’: Netizens Bash 'Climate Guru' Greta Thunberg Over Her Take on #2019in5Words