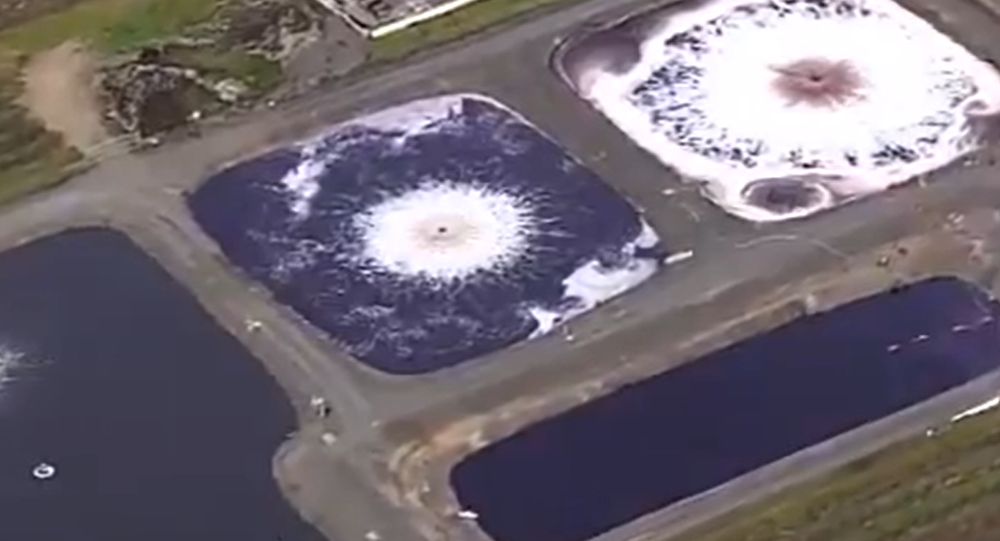 A blending tank holding nearly 100,000 gallons of wine leaked into a local river in Healdsburg, California, on Thursday.

According to officials, the tank was holding a cabernet sauvignon produced at the Rodney Strong Vineyards. The leak, which was reported at around 2:30 p.m. local time Thursday, made its way into the Russian River, which flows into the Pacific Ocean.

​State officials said that the caller who first notified authorities about the spill said that a “blending tank door popped out for unknown reasons and released 97,112 [gallons] of wine into Reiman Creek,” the Sacramento Bee reported. According to estimates from the California Governor’s Office of Emergency Services, more than 97,000 gallons of wine made their way into the Russian River. However, several reports have noted that Rodney Strong claims that only 20% to 25% of the tank’s capacity made it into the river.

“We are deeply concerned and are doing everything in our power to protect our waterways,” Chris O’Gorman said, according to the Santa Rosa Press Democrat. The winery is currently conducting an investigation into the incident.

The spill was responded to by the Healdsburg Fire Department and the Sonoma County Fire Services Department.

Rodney Strong founded the winery back in 1959, and it was purchased by the Klein family in 1989, according to the company’s website.

Are We Set to Taste Space Wine? Researchers to Find Out in 2020