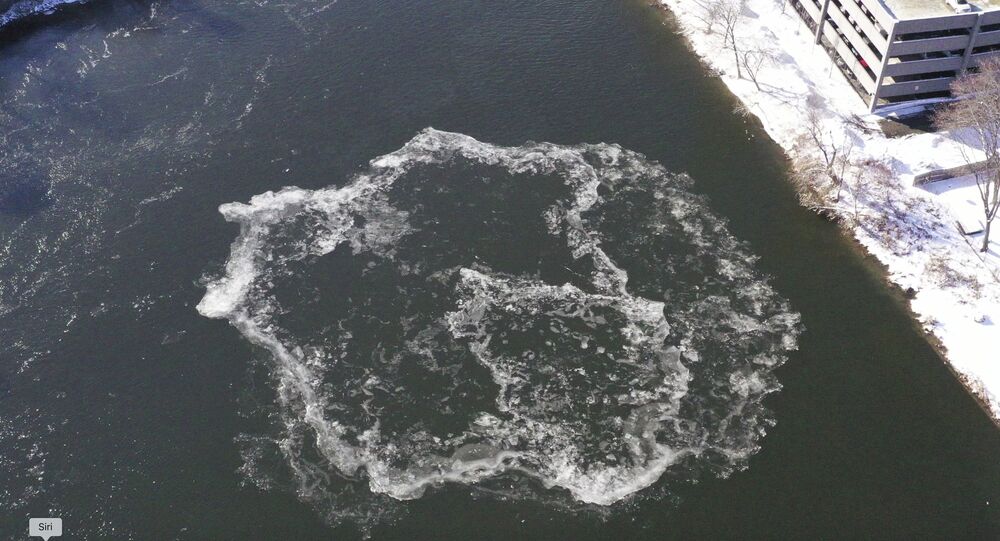 A giant ice disk that appeared in a river in Westbrook, Maine, last year seems to be forming in the same place this year.

On Friday, the City of Westbrook tweeted a photo of the ice disk in the Presumpscot River with the caption: “ICE BREAKING NEWS: Ice Disk 2020 is making a run for it...It’s not a perfect circle yet, but it is rotating counter-clockwise again & the seagulls are along for the ride."

Last year’s ice formation had a width of about 90 meters. However, this year’s disk appears to be thinner and less circular than its predecessor. A video of the ice blob shared on Twitter shows the formation rotating in a counter-clockwise direction.

​“It kind of looks like a crop circle,” one unidentified resident told the Portland Press Herald.

According to AccuWeather, ice disks are common in North America’s colder climates.

“Ice disks/circles tend to form on the outer bends of rivers where the accelerating water creates eddy currents,“ Jason Nicholls, senior meteorologist and manager of international forecasting for AccuWeather, is quoted as saying.

​“These currents cause chunks of ice to break off and rotate,” Nicholls explained.

The size of ice disks varies, but some can be 65 feet wide.

“They are fairly common in the northern United States and Canada as well as Scandinavia, but usually tend to be much smaller, so [the ice disk that formed in Maine] is certainly unusual due to its immense size,” Nicholls added.

Sleds, Ice Skates and Ice Cream: A Winter Fairy Tale From the USSR

Watch Over 30 Cars Crash Through Ice Into Russian Bay