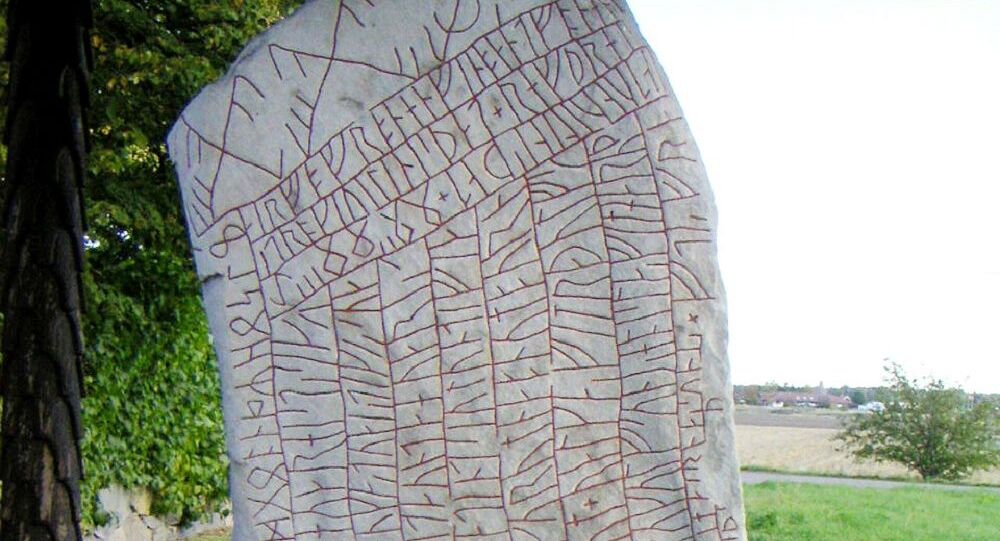 The nearly four-metre-high Rök stone features the longest known runic inscription, which has previously been interpreted as dealing either with war accomplishments or mythology. The new version is that they were driven by a fear of a climate disaster.

An interdisciplinary project featuring linguists, archaeologists, scholars of religion, and runologists has resulted in a new interpretation of the famous 8th-century Rök stone, which is seen as the first-ever piece of written Swedish literature.

According to a study led by Per Holmberg, a professor of Swedish language at the University of Gothenburg, the text previously believed to be dealing with military conquests is about light and darkness, warmth and cold, and expresses fear of a climate disaster.

“The main theme is apparently the Sun, or the rhythm of light”, Holmberg explained to national broadcaster SVT.

According to the new interpretation, the inscription consists of nine riddles. In five of them, the answer is “the Sun”, including about one who was dead but now lives again. The remaining four mysteries are about supreme god Odin and his warriors.

Olof Sundqvist, a professor of religious history at Stockholm University, explained that Viking-era rulers saw themselves as guarantors of good harvests.

“They would lead the cult that held the fragile balance between light and dark. And finally at Ragnarök, they would fight with Odin in the final battle for the light”, Sundquist explained.

​Tweet: "The legendary runestone testifies to the 1,200-year-old climate anxiety. Runologist Henrik Williams at Uppsala University is one of the researchers in the interdisciplinary collaboration on the new interpretation of the famous Rök stone with the world's longest rune inscription".

According to new archaeological research, roughly 300 years before Rökstenen was erected, Scandinavia was hit by a climate disaster with lowered average temperature that led to crop failure, starvation, and mass death. This may have triggered the concern for another Fimbulwinter, a three-year-long winter that preludes Ragnarök, the end of the world.

“Before the Rök stone was erected, several ominous events occurred: a strong solar storm plainted the sky in dramatic red colours, the harvests were hit by an extremely cold summer, and later a solar eclipse occurred just after the sunrise. It could have been enough of one of these events to trigger concerns about a new Fimbulwinter”, Bo Gräslund, a professor of archeology at Uppsala University explained in a statement.

The runes from the stone are featured on the cover of Black Sabbath's 1990 album “Tyr”.