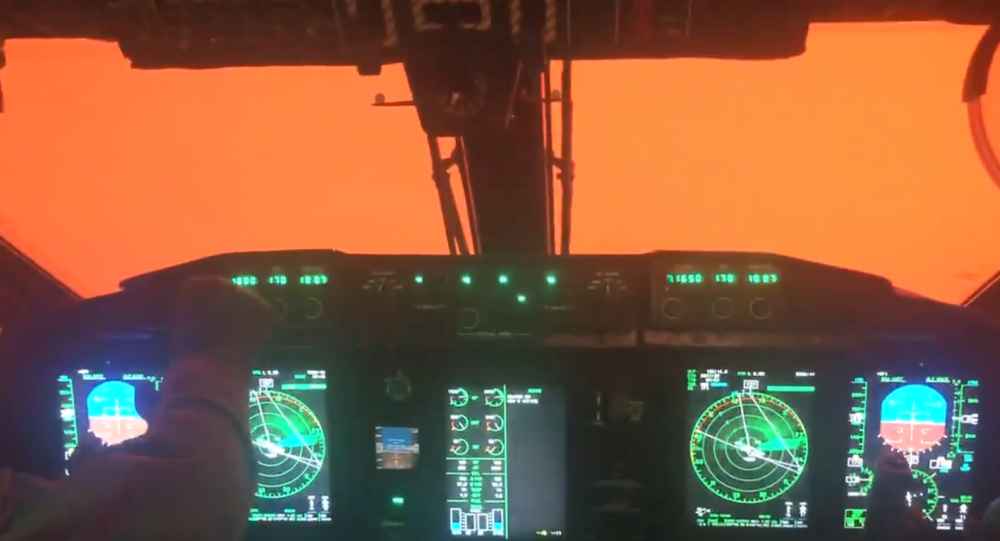 A video shared on Twitter on Sunday shows Royal Australian Air Force pilots trying to fly through thick plumes of orange smoke that prevented them from completing rescue missions in the Australian towns of Mallacoota and Merimbula, which have been ravaged by bushfires.

"This video shows how heavy smoke from bushfires has prevented some C27J & C130J flights from reaching #Mallacoota & #Merimbula," Air Vice-Marshal Joe Iervasi, who commands Australian air forces, captioned the video. Mallacoota and Merimbula are located in the Australian states of Victoria and New South Wales, respectively.

According to Australian officials, the bushfires have scorched more than 14.7 million acres of land, an area larger than the US state of West Virginia.

Although fires are common in Australia, this year’s blazes have been particularly potent due to high temperatures and strong winds, with more people than usual showing up at hospitals and medical centers due to breathing issues, according to government health officials, AFP reported.

Twenty-four Australians in New South Wales have been arrested since early November for intentionally setting fires in the country, according to local news reports, and 53 other people are currently facing legal action for not following the New South Wales fire ban; 47 others have faced legal action for tossing a lit cigarette or match in public, ABC News reported. Intentionally starting a bushfire or recklessly contributing to its spread can lead to a 21-year prison sentence, according to the New South Wales Police Force.

In addition to human casualties, nearly half a billion Australian animals, including reptiles, mammals and birds, have been wiped out by the bushfires since September, according to ecologists at the University of Sydney.