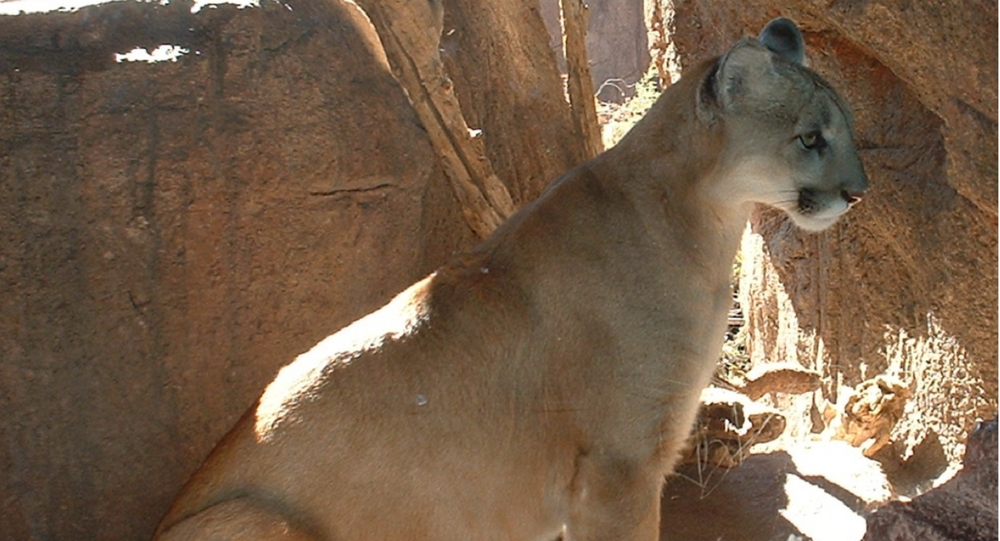 Wildlife officials in Arizona shot three mountain lions which had eaten human remains this week near the Pima Canyon hiking trail north of the city of Tucson.

According to a report by AFP, the Pima County Sheriff’s Department said Tuesday that it found human remains in the droppings of mountain lions. Although the lions are not believed to have been responsible for the deceased person’s death, the animals were killed Tuesday night by the Arizona Game and Fish Department for safety concerns. The deceased’s identity has not yet been determined.

"We do not believe the lion attacked the individual who died there. An autopsy will tell us more. But our belief is they were eating the human remains after the fact," Game and Fish Department spokesperson Mark Hart is quoted as telling local TV station KGUN9.

In a statement, the Arizona Game and Fish Department said that the lions’ eating of human remains meant they could attack humans in the future.

"Rarely scavengers, such abnormal behavior made them more likely to attack humans in the future," the Arizona Game and Fish Department said in a statement, also noting that the mountain lions "repeatedly showed no fear of responding officers.”

According to Hart, relocating the big cats to a different area was unfeasible.

"When you move a mountain lion in this part of the world, you're just going to put it into another lion's territory; they're very territorial and will fight to the death over a piece of real estate," Hart told local news outlet KGUN9.

“Mountain lions can be found throughout Arizona and are most common in rocky or mountainous terrain. Because mountain lions are shy and elusive, people do not often see them,” a page on the Arizona Game and Fish Department’s website reads.

King of the Jungle in Action: Lion Teaches Insolent Hyenas a Lesson