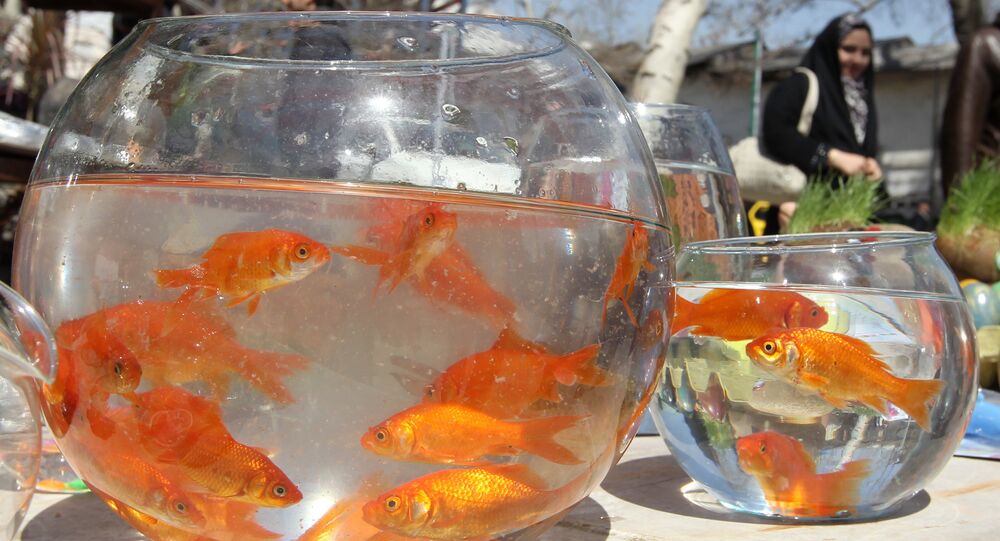 The South African owner of the goldfish was attempting to impress his new girlfriend before being surprised by a giant spider pulling his pet, Cleo, from its pond, using its grasping fangs and clawed front legs.

Jeremy Schalkwijk, a South African tour guide in Barberton, South Africa, was terrified by a huge nursery web spider carrying his pet goldfish, Cleo, from its pond up a sheer wall. The stunned man, who brought his date, Athina Yalias, to show off his goldfish, took some photos of the “crazy” moment.

The 33-year-old Schalkwijk reportedly said that he looked on in wonder as the giant spider, while clinging onto the edge, lowered itself into the pond and pulled the fish out before hauling it up the wall, using only its front legs and fangs.

A man from South Africa discovered a giant spider dragging his #pet goldfish out of his pond. I’m no expert, but I’m pretty sure this could also be a euphemism for #marriage too? #Trending #TheMoreYouKnow #HNY2020 pic.twitter.com/LWIo3qLVEa

“It was a crazy, crazy sight. You don't see that every day. I couldn't believe that a spider would be able to carry something twice its weight like that,” Schalkwijk commented, cited by The Sun.

“I've never seen something like that before," Schalkwijk added. “I knew [the spiders] could fish, but never such a large size. You see it sometimes with small fish like fingerlings, but never with a goldfish. This was twice the weight of the spider.”

The tour guide said he rushed to show the stunning photos to Athina, with whom he was on a second date, but when they came back to the place to continue watching the incident, the spider and his Cleo were “nowhere to be found”.

Spider carrying goldfish out of a pond pic.twitter.com/dkW5R99M0k